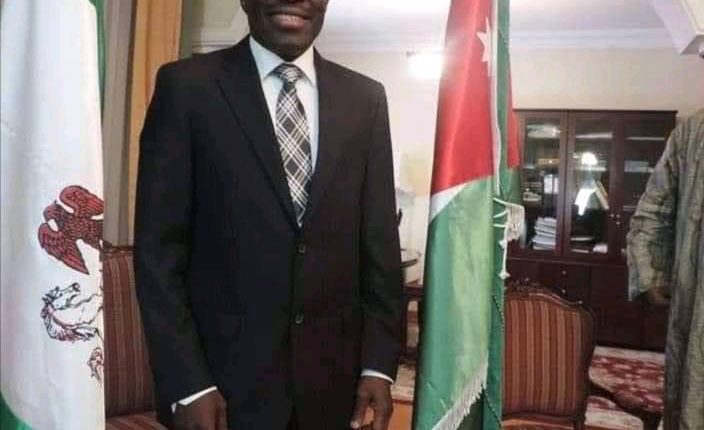 Adeleke who is the Executive Chairman, Oyo Pacesetter Transport Company, spoke from the venue of the event at the early hours of Sunday (today) describing Ambassador Arapaja’s victory and the outcome of the convention, signifying the beginning of a new dawn for PDP in Nigeria.

“We have done the right thing in putting a man of peace, a unifier in the position of Deputy National Chairman, South.”

“Arapaja, who was once Deputy Governor of Oyo State and Ambassador to the kingdom of Jordan, is an astute administrator and a political strategist.”

“We cannot forget in a hurry that his mantra while campaigning for the post of Zonal Chairman, South West, was unity, healing and cohesion of the party and party members.”

“Arapaja’s victory today, indeed signifies greater things to come and a sure indication that the PDP is set to take over the national space in 2023.”

Adeleke also commended the national leadership of the party as well as the PDP Governors Forum for the choice of a 25 year old as the National Youth Leader of the party.

He maintained that PDP has clearly demonstrated to Nigerians and the rest of the world how much it has learnt from it’s past mistakes and how well prepared the party is to take over power from the ruling party saying the positive wind which will usher in the PDP government come 2023 has started blowing from the Eagle Square, venue of the national convention which Adeleke said was carnival-like.

Adeleke said “This convention which saw the ushering in of a 25-yr-old as National Youth Leader,
will re-introduce sound democracy and peace, we have been yearning for. We must come together, to flush out this vampiric and evil government.”

“When Nigerians voted for this government, it was not because the ruling party has anything in the class of PDP but because we made some very costly mistakes which we have as a political family learned from as evident in the caliber of politicians in our party today.

“Talk about real politics in Nigeria as it is played world over under best global practice then you must talk PDP because it is clearly evident to the entire world that the worst of PDP is their best in the ruling party.

“There is no going back because we have reached that threshold where it is obligatory on all Nigerians come 2023 to rescue Nigeria from the claws of this jesters zero knowledge of governance.” Adeleke concludes.

Adeleke commended Governor Seyi Makinde for his political dexterity and willpower which saw to the emergence of Ambassador Taofeeq Arapaja. It is indeed a job well done and indication that we must all as a people and politicicans throw our full support behind the man God has annointed to restore the lost glory of Oyo state.

He said: “With the outcome of our national convention, there is no victor and no vanquished. We remain an indivisible family in South West and our own superstar, Governor Seyi Makinde remains our unarguable leader.”

Adeleke also commended former Osun State governor Olagunsoye Oyinlola who fought a good fight by contesting against Arapaja and also accepted the outcome of the exercise without any form of rancor describing the act as a show of sportsmanship.

“Oyinlola is indeed a great man. He was a state Governor and one of our founding fathers who have stayed firm through thick and thin with the party.

“I would like acknowledge his loyalty to the PDP and hail his fatherly position to all of us. We are indeed grateful to him.” Adeleke said.

REVEALED: Ex President Jonathan May Be On His Way To APC, Shuns PDP National Convention