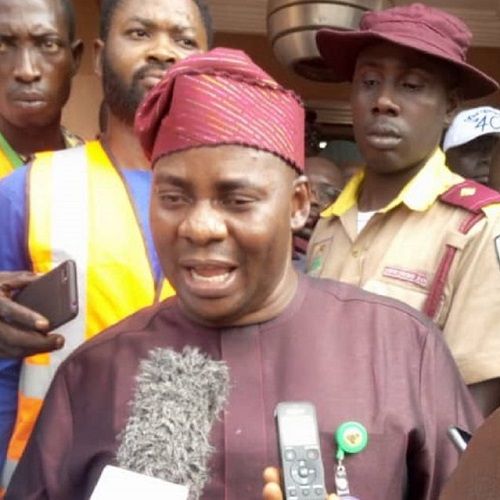 The Oyo State Road Transport Management Authority (OYRTMA) has re-strategized its operational modus-operandi in a bid to rising to the increasing challenge of traffic loggerheads across the State particularly as recently experienced in Ibadan metropolis.

This was disclosed earlier today by the Executive Chairman, Mogaji (Dr.) Akin Fagbemi while briefing newsmen at the Administrative Headquarters of the Authority, Agodi, Ibadan on activities and preparedness of the Agency in the face of the traffic jam experienced in some parts of the State.

In his words, the Executive Chairman said, “the Authority is in the know of the recently experienced traffic jams in parts of the State particularly in Ibadan metropolis and this is a major concern to us, hence our resolve to have operational changes as school pupils has resumed across the State and the recent suspension of lockdown across the neighboring States coupled with the persistence rain falls are identified as major causes of traffic congestion in some parts of the State”, he said.

Dr. Fagbemi further said that “the Governor Seyi Makinde led administration is committed to improving the standard of living of the good people of Oyo State. This we believe is easier to achieve when there is a free flow of human and vehicular traffic across the State as this would have tremendous positive impact on socio-economic activities and entice foreign and local investors to invest in Oyo state thereby creating thousands of jobs for the teeming population of unemployed youths.

Borno Governor, Zulum Tells Nigerian Army To Pride Self In War Against Insurgency Not Election Matters