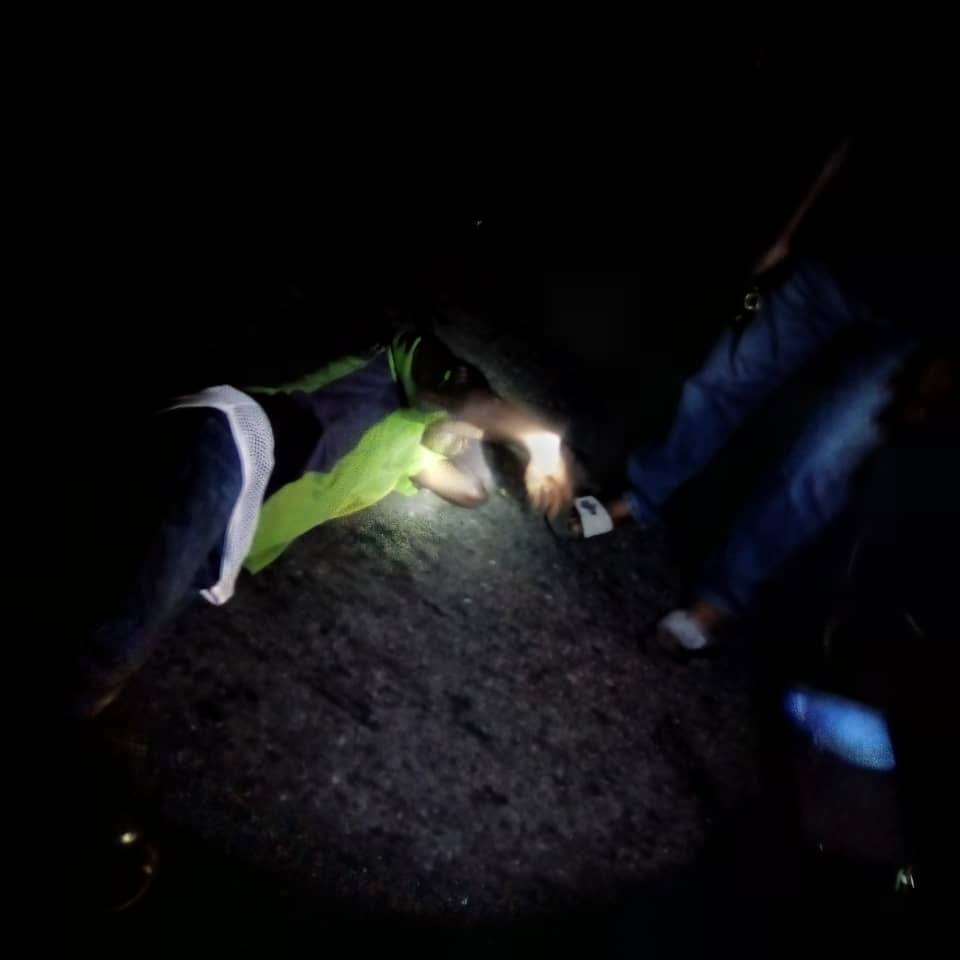 The Rescue Team of the Oyo State Road Transport Management Authority (OYRTMA) yesterday night during its routine operational exercise came across a middle aged man (name withheld) who felt victim of a hit and run incident and tossed aside by an unidentified commercial cab (Micra) and left abandoned along the Premier Hotel road, Ibadan at about 1900hours, 1st October, 2020.

While the Medical personnel on the team ascertained the man was still alive at the time, it was discovered that he took quantities of liquor (Alcohol) on virtually an empty stomach which culminated to his unconsciousness and abandonment by the cab driver.

However, the OYRTMA Rescue Team provided him some food and first-aid treatment to restore him and subsequently helped evacuate him to the University College Hospital (UCH) Ibadan for proper medical care.

Speaking during the operation, the Executive Chairman, Mogaji (Dr.) Akin Fagbemi harped on the need for motorists to drive more carefully at reasonable speed limits particularly as we are in the ember months when majority would be tempted to overspeed in a bid to making more money.

He further reiterated the commitment of the Governor Seyi Makinde led administration in Oyo State to the safety of all residents and citizens of the State.