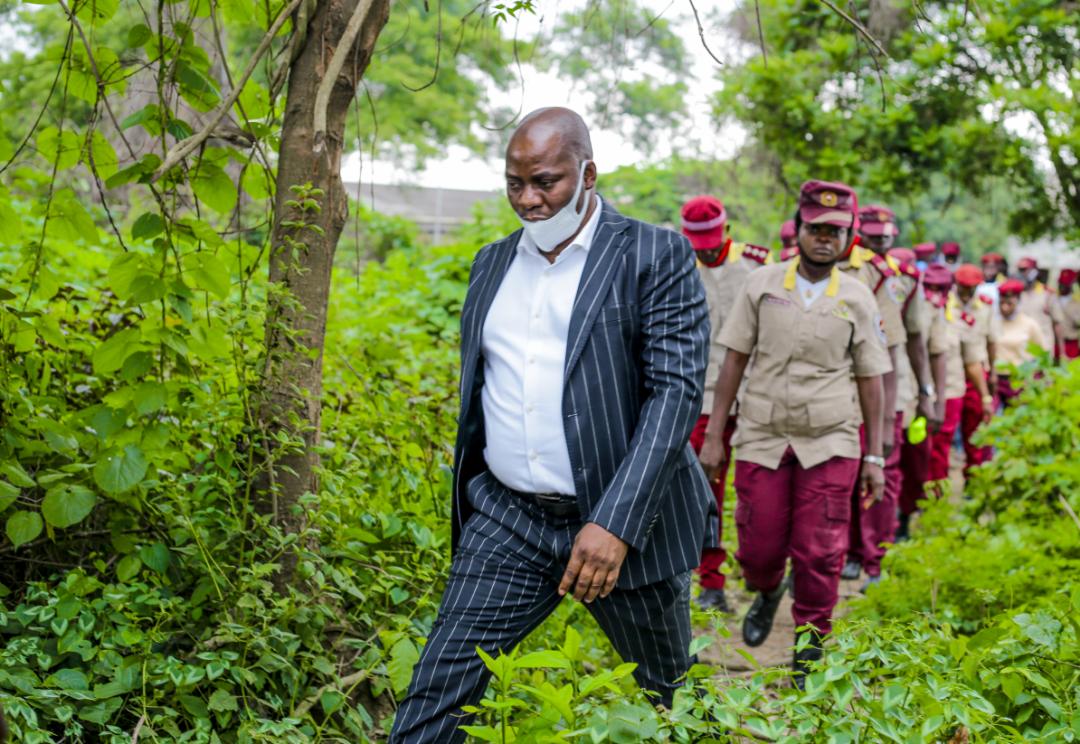 The Executive Chairman, Oyo State Road Transport Management Authority, Mogaji (Dr.) Akin Fagbemi having received a distress call, Monday led men and officers of the Authority to rescue victims of a fatal accident involving an articulated truck and two other vehicles along the Lagos-Ibadan expressway who after a head-on collision skidded off the highway and entered into the bush while the other summersaulted inflicting various degrees of injuries on the passengers and drivers.

As at the time of filling this report, the possible cause of the tragic incident has not been ascertained but over-speeding and reckless driving according to some eye witnesses was partly responsible.

The OYRTMA rescue team however moved the vehicles away from the major road and assisted in moving victims to the nearest hospital for proper medical attention after the initial administration of first-aid treatment.

Normalcy had since returned to the area as there was free traffic flow shortly after the unfortunate crash.

The Executive Chairman seized the opportunity to further advice all road users particularly commercial drivers to drive at reasonable speeds and heed all necessary precautions aimed at averting tragedies of monumental proportions harping further on the need to ensure effective preventive and corrective maintenance of their vehicles before embarking on journeys.

He reiterated that vigilance of everyone means safety for all and negligence of anyone, danger for all

TESCOM Dissociates Self From CBT Past Questions In Circulation