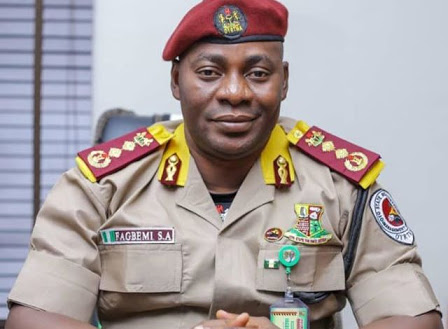 The Executive Chairman of Oyo State Road Traffic Management Agency (OYRTMA), Mogaji (Dr) Akin Fagbemi, has stated that the agency is already working on some key strategies that will adequately be deployed to manage road traffic in the state as well as reduce crimes and criminality emanating from commercial motorists and motorcycle riders popularly called ‘Okada’.

Mogaji Fagbemi while addressing governor’s office correspondents yesterday (Tuesday) said that steady increase of vehicles on roads across the state is an indication of economic growth which however, requires proactive approach in order to maintain free flow of traffic.

He stated that commercial motorists and motorcycle riders are already enjoying the impact of its policies and directives adding that the level of compliance by commercial drivers and riders as well as the reduced rate of road accident are both indicators.

He said that some of the key strategies the agency is employing for effective road traffic management include but not limited to adequate profiling of all commercial motorists and motorcycle riders across the state, painting of all commercial vehicles to the yellow and brown, as well as one rider one passenger policy noting that the profiling commercial motorists will help the agency in its data analysis and projection for proper planning.

He added that governor Seyi Makinde’s four key agenda i.e infrastructural development, quality education, quality healthcare, and economic development, which is the roadmap to the state economic prosperity revolve round improving the quality of human life and providing an enabling environment that guarantees peace and security noting that the key agenda is germane to the agency’s policies.

He said that the state government policies which Nigerians have described as laudable under the leadership of governor Makinde has led to influx of people from all parts of Nigeria into the state for business and residential purposes which has also led to increase in vehicular movement on the road.

The OYRTMA boss stated further that the agency will not relent on the ‘one rider one passenger’ policy in order to protect and secure not just the passenger but also the rider himself.

Mogaji Fagbemi stressed that Oyo state is not a lawless state and whoever wishes to live or do business in Oyo state must be ready to comply with laws of the state.

When pressed about the economic implication the ‘one rider one passenger policy’ may have on the income of the people in the state as a result of a likely hike in transport fare, Mogaji Fagbemi insisted that nothing in life can equal human life stressing that necessary adjustment to change is key for everyone in order to maintain accident free roads or at least reduce road accidents to its barest minimum.

He however assured that the present administration under governor Makinde prioritized safety and security of the people, adding that OYRTMA will continue to interface with all stakeholders in the state in its drive towards ensuring that roads across the state are safe for commuters and will continue to insist on strict compliance with government directives and policies regarding road traffic management in the state.

Coronavirus: OyoSUBEB To Collaborate With Health Sector On Awareness