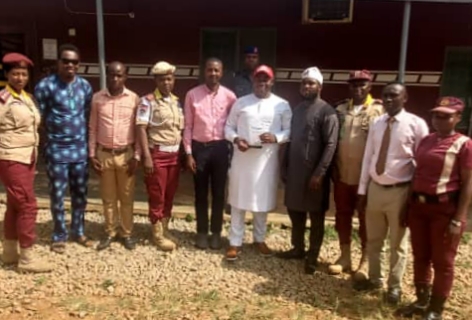 The Executive Chairman, Oyo State Road Transport Management Authority (OYRTMA), Mogaji (Dr.) Akin Fagbemi has been described as an enigma and a shining light in the administration of the Governor Seyi Makinde led Oyo State Government.

This was made known by a group of Independent Publishers and Journalists who during a courtesy call to the administrative headquarters of the agency in Ibadan bestowed upon him an award of Excellence in recognition of his outstanding performance, commitment to duty and dedication to service as exemplified by the efficacy of the policies, programs and operations of the Oyo State Road Transport Management Authority. 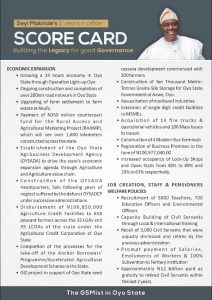 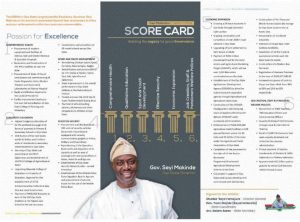 The revered journalists further described the superlative performance of OYRTMA under Dr. Fagbemi as that worthy of emulation by other government agencies and parastatals within and outside the shores of Oyo State.

In his response, The Executive Chairman expressed deep appreciation for the honour and assures of the continuous readiness of the Agency to maintain sanity on roads across the State whilst noting that the tremendous support of His Excellency, Governor Seyi Makinde had in no small means enabled the Agency effectively execute its core mandate.

In his words, Dr. Fagbemi said, “I appreciate the Independent Group of Publishers and Journalists in oyo State for this honour. It would further spur us to do more for our dear State. I must however seize this opportunity to call on all political office holders to see journalists as friends and partners for progress rather than mere antagonists as they remain the fourth estate of the realm and friend of all. I thank you very much”, he concluded.

Your would recall that Dr. Akin Fagbemi is a multiple award winner both locally and internationally including the revered UN-POLAC Ambassador of Peace Awards among others.