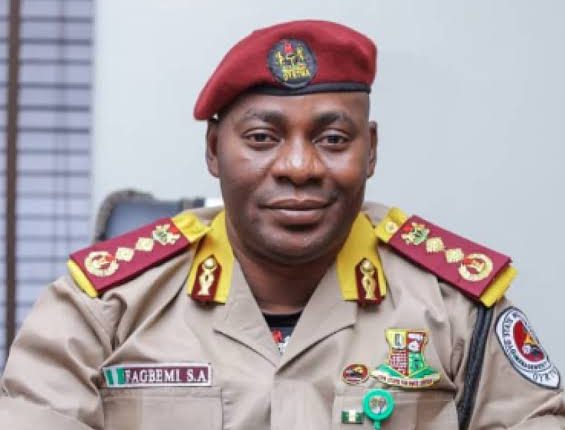 The Oyo State Road Transport Management Authority (OYRTMA) has arrested fifteen (15) persons parading themselves as officials of the Authority and extorting unsuspecting members of the public by making illegal arrests and impoundment of vehicles across Ibadan metropolis.

According to the Executive Chairman of OYRTMA, Mogaji Akin Fagbemi Ph.D, the arrests were made in the early hours of today during the Authority’s routine operations for the yuletide season at Orita-Challenge, New Garage and Bodija axis of Ibadan metropolis.

Whilst parading the suspects at the administrative headquarters of the Authority, Agodi, Ibadan, the OYRTMA boss revealed that the Authority has received multiple public complaints and petitions regarding the illegal activities of the impostors who were reportedly operating under some unauthorized local government officials.

In his words, Dr. Fagbemi said; “Sequel to complaints from the public as regards the extortion by some unscrupulous individuals at the Orita-Challenge, New Garage and Bodija Axis of Ibadan Metropolis, our men and officers during a covert operation in the early hours of today arrested these fifteen individuals who has being defrauding the public through illegal arrest and fines for alleged violation of traffic laws of the State.

These unauthorized individuals execute their barbaric acts in a gestapo and unprofessional manner that usually disrupt public peace which negates provisions of the Oyo State Road Traffic Management Authority Law 2009 as amended. They divert fines into private pockets and follow no known legitimate operational procedures”, he said.
Speaking further, the Chairman said “While all there operational tools and equipment has been confiscated by the Authority, the arrested suspects shall be handed over to the Police for further investigations and prosecution”, Dr. Fagbemi concluded.