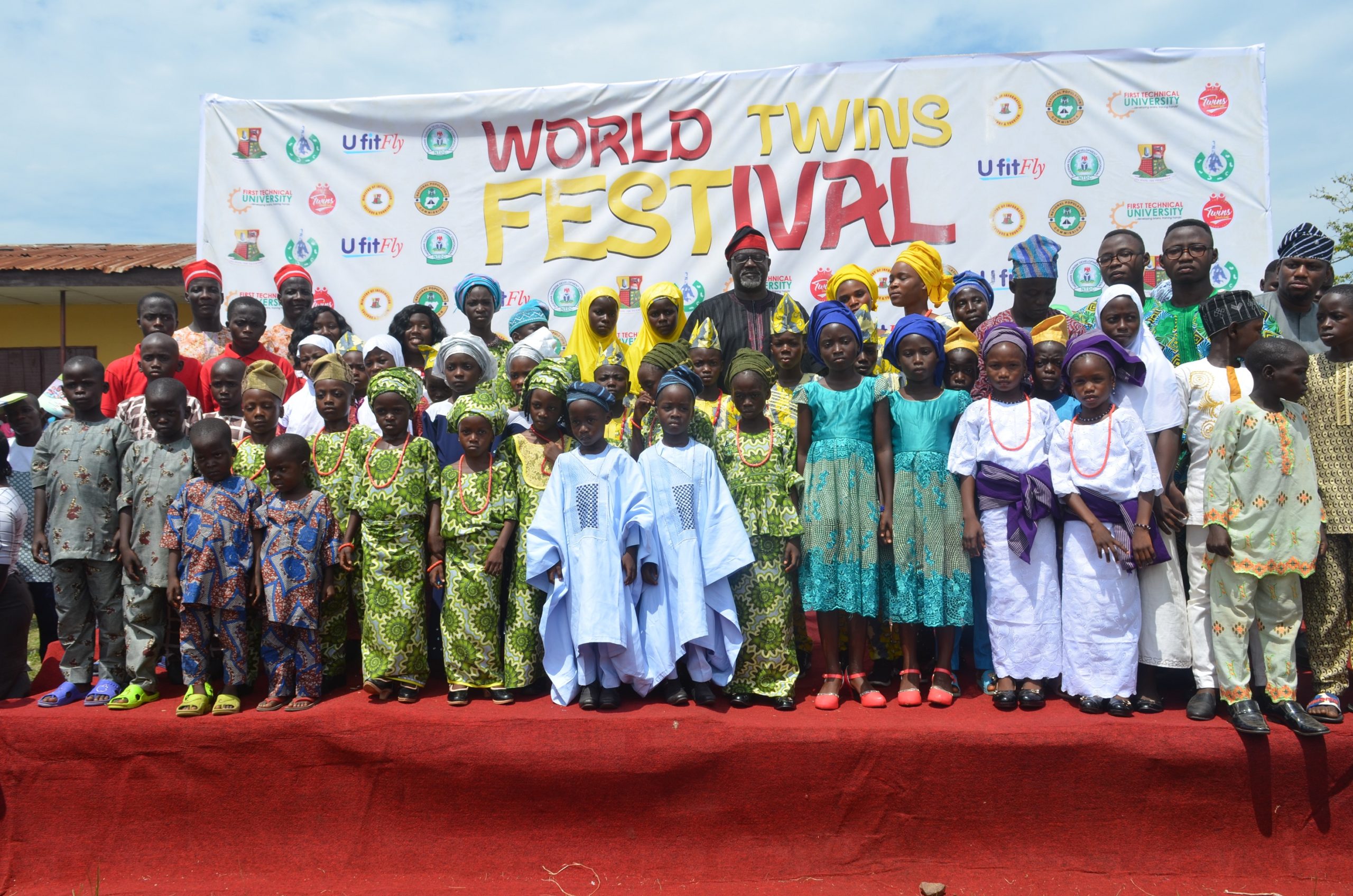 Over 2034 set of twins participate in Oyo Twins festival

About two thousand and thirty-four set of twins and tens of multiple births on Saturday converged in Igboora the capital of Ibarapa Central local Government area of Oyo State to participate in the maiden edition of the Oyo State Twins Festival.

Some of the set of twins from the Local Governments in Ibadan converged at the Cultural Centre in Ibadan as earlier as 7am to join the train to Igboora to join counterparts from Oke-Ogun and Ibarapa zones at the Methodist grammar school, Igbo-Ora, Oyo State.

The train from Ibadan was met at the entrance of Igboora-Ora town by the Local Government Officials and Traditional chiefs from the seven towns that make up Ibarapa where the State Commissioner for Information, Culture and Tourism, Mr. Toye Arulogun laid the foundation of the twins tower to commemorate the festival.

Arulogun said that the festival was aimed at placing Igboora on the World map as the World Highest twinning centre, saying that it was also an avenue to promote its predominant meal “Amala and Ilasa”, attributed as the cause of multiple births in the town.

He said that government’s effort will place the town and Oyo State in general on the World Map as the foremost twins’ tourism destination in the world, assuring that the state government would not relent in its drive to promote its tourism potentials.

In his address, the Chairman of Ibarapa Central Local Government, Hon. Habib Ibrahim disclosed that research affirms that Igboora alone can boast of One hundred and fifty eight (158) sets of twins for every one thousand life births, saying that available evidence attest to the fact that twins are born in Igbooraland more than anywhere else in the world.

He said, “A walk through the town can easily attest to this. There is no household without a history of at least a set of twins. This trend has made us not to see twin birth as a special phenomenon in Igboora, as it is elsewhere in the world.”

Speaking on behalf of the traditional rulers at the event, Oba Jamiu Badmus, the Olu-Aso of Iberekodo, who is also the Chairman of the Local Organising Committee, called for the collaborative efforts of all stakeholders to sustain the festival, noting that efforts should be made to make it an international one towards making it a tourist event as a means of generating foreign exchange for Nigeria.