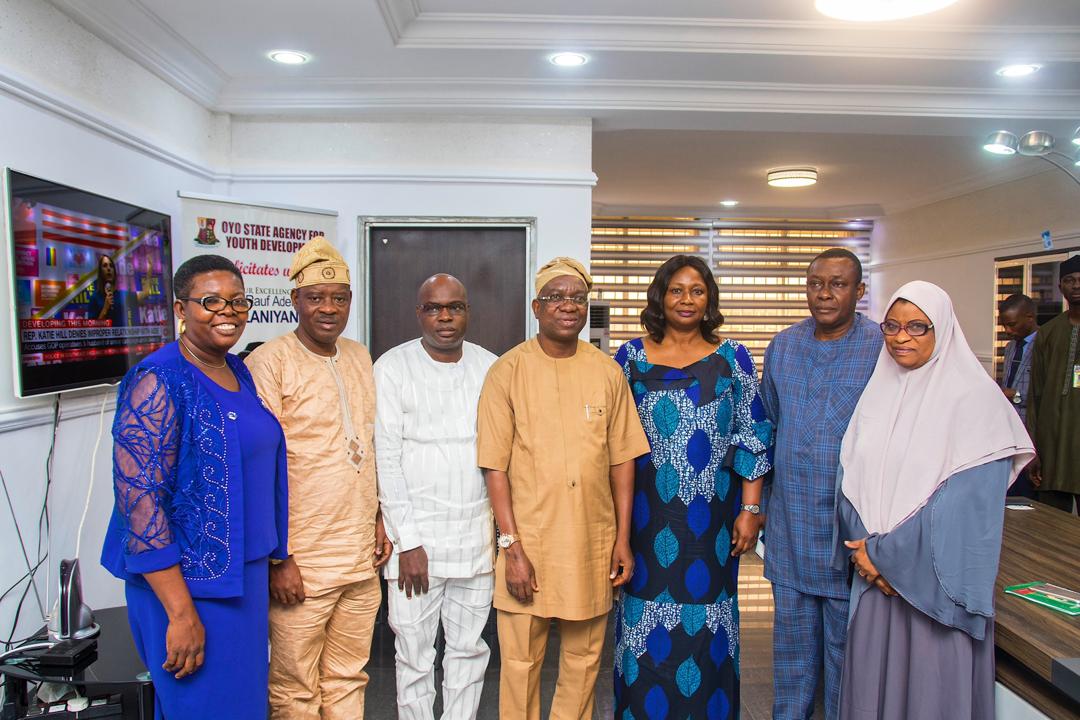 The Oyo State Government has called on the Border Community Development Agency BCDA to intervene in the rehabilitation of the Saki- Okerete road, so as to alleviate the suffering of the citizens who make use of the road.

This call was made by the State’s Deputy Governor Engr. Raufu Aderemi Olaniyan when a team from BCDA visited him in his office today.

Olaniyan remarked that the road which is about 88kilometers has been under the Federal government consideration since 1991, noting that a journey from Saki to Okerete will last over five hours because of the deplorable state of the road. He noted further that though the agency may not be able to reconstruct the road, but they can certainly improve on it’s present situation.

Earlier the leader of the delgation Mrs Olayemi Ajayi had told the Deputy Governor Oyo State, that the delegation from BCDA is in the state to formally handover some of the completed projects the agency has executed to the local authorities.

Speaking further she said that the primary responsibility of the agency, which is a parastetal under the office of the Vice President Of Nigeria, is to provide facilities such as schools, potable water, amongst others to border communities in the state, noting that Oyo State is one of the 21 state in Nigeria bordering another country, Benin Republic, that is why it is considered for BCDA projects. She also remarked that her team had previously visited the state to Identify areas in border towns where projects should be provided.

While commending the agency for the laudable projects they are executing Olaniyan requested the agency to extend their work to all the local government areas in the state.