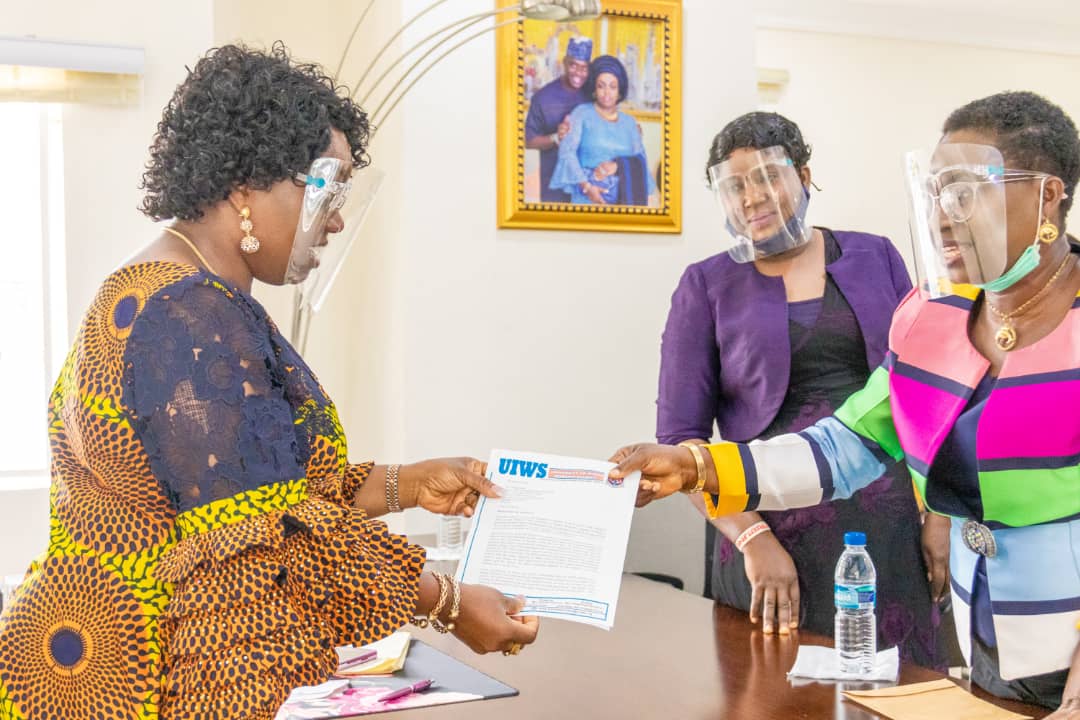 Wife of the Oyo State governor, Engineer Tamunominini Olufunke Makinde and the chairperson of the University of Ibadan Women Society (UIWS), who is also the wife of the Vice-Chancellor, Dr. (Mrs.) Wumi Olayinka, have declared their readiness to collectively empower women and fight gender-based violence to a standstill.
Mrs. Makinde, who played host to the chairperson of the UIWS in her office located near the Government House, Agodi, Ibadan, said that there is every need to promote women empowerment and emancipation as an avenue for engendering peaceful coexistence in the society.
A statement by the Office of the Wife of the Governor of Oyo State quoted Mrs. Makinde as saying that the office has been working assiduously to end rape and gender-based violence in the state.
The statement also indicated that the Office has been adopting proactive measures while putting in place the right structures to prevent the occurrence of negative/anti-women vices.
The UIWS, according to the statement, is a non-governmental organization.
The statement indicated that some of the core values of the UIWS include its focus on empowerment of women and exploration of the value change in agro-impact products through training in areas such as planting, preservation, processing, marketing and fund-sourcing,
Mrs. Makinde also commended the association for the work it has been doing in the area of women empowerment, and the campaign against gender-based violence, adding that the government of Oyo State under the leadership of her husband would be willing to work with the association, especially in the area of empowering rural women.
She equally granted an express approval to the request by the UIWS to name after her a female hostel built by the Society within the campus of the University of Ibadan.
According to the statement, Mrs. Makinde gave the express approval to demonstrate her readiness and openness to “anything that can advance the cause of the womenfolk in Oyo State,” adding that her Office and the state government would always be ready to work with all interests to advance the cause of women in the state.
She said: “Two things that you mentioned that I really like; empowering women and securing something that in the future will also be an avenue for empowering more women. I believe you must have thought about this because of your exposure and knowledge. I want to say thank you for that approach and that step.
“Looking at the University of Ibadan Women Society and all the structures they have put in place to make sure that no matter how small it is, they are able to give empowerment to women, this is highly commendable.
“Agriculture is one of the smallest things we can do in Oyo State to empower women. To be honest with you, it doesn’t require big equipment, we have some of the things on the ground.
“My question for you is that; one, how can we extend that to some women who have not benefited from this programme to the extent that folks in the local governments and LCDAs at the grassroots can benefit. How can we partner to benefit the ordinary woman in Oyo State?”
Mrs. Makinde further stated that her major concern at the moment is how to end rape and gender-based violence, by putting the right and proactive structures in place, saying: “One of my key concerns right now is how to end rape and gender-based violence, and like your approach, which is not just to talk about it, not just to prevent it, but also to be proactive in providing something substantial that can go a long way to mitigate the problems on the table.
“This is something which most people do not look at. What they look at is they shout and say ‘catch the rapists.’ But how do we put structures in place, so that we can stop rape from happening?
“So, that is one of the things that I like, which you have taken the bold step to build, even if it is just a domestic facility that will accommodate 20 people. Those people who can benefit from such a facility will, in the future, contribute to another new space by keying into your ideas. I think for me, it is a very good thing to look at.”
The chairperson of the UIWS, Dr. (Mrs.) Olayinka had told the First Lady that the Society was seeking ways of partnering with the Office of the Wife of the Oyo State Governor on agro-impact projects and empowerment initiatives to enhance the social status of women and youths in the state.

Online Business Is In Hype

Politician, Others Offended By My Husband Should Forgive Him – Adedibu’s Widow