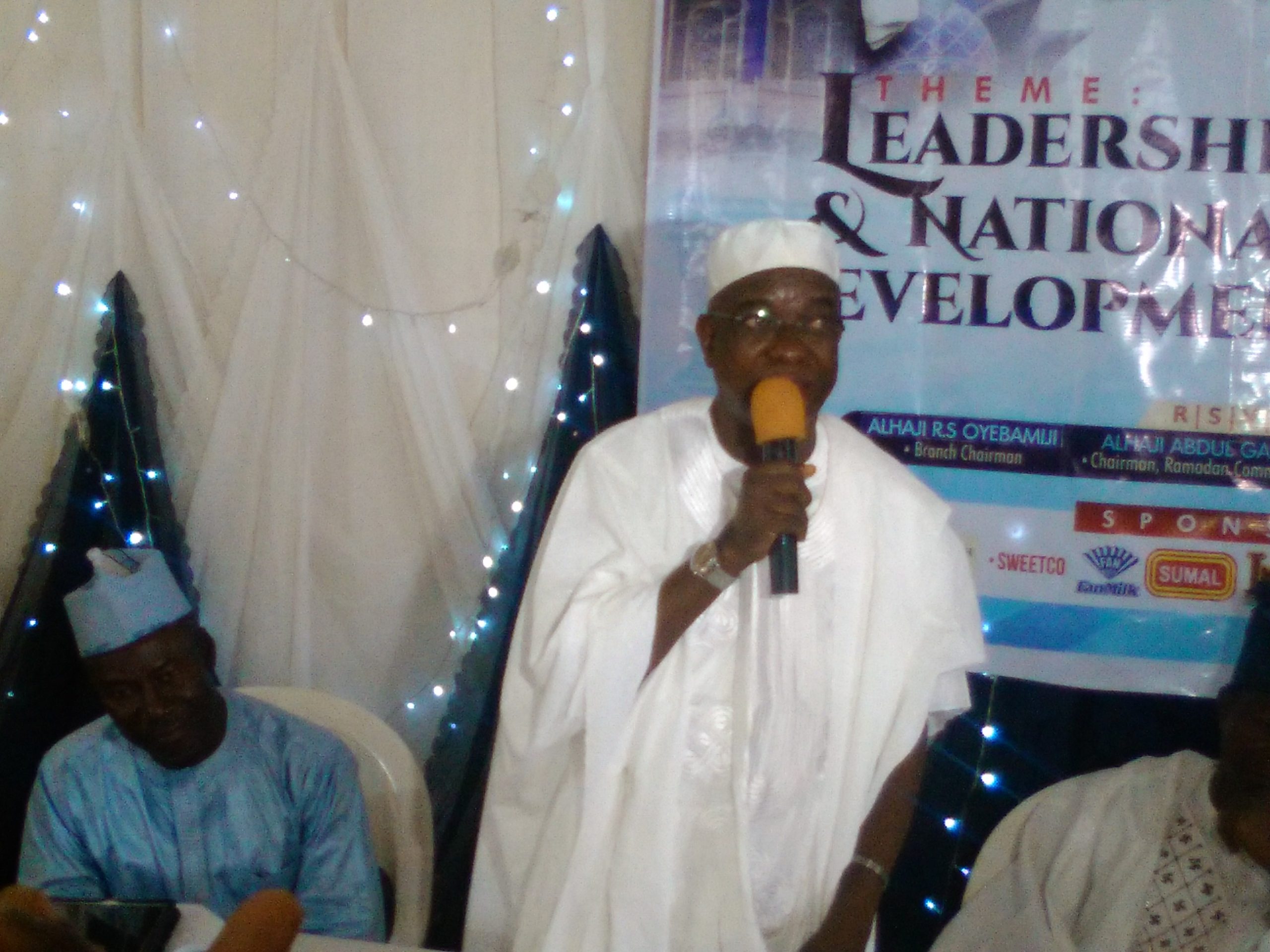 The Deputy Governor Elect Oyo state Engr. Raufu Aderemi Olaniyan has urged Muslims in the state to speak the truth to leadership at all times even when it is bitter, rather than praising them for little or no achievement. He gave this charge at the Ramadan Lecture organised by the Muslim Association of Nigeria  MAN, Oyo state Chapter.

Olaniyan while speaking at the lecture with the themed  Leadership And Development said “Muslims should always be ready to tell the truth to  authority, leadership needs to be told the truth and not just what they want to hear.”

While advocating that the truth be told to leadership he however admonished that it should be done with civility, through private meetings or letters.

He said his decision to work with with Engr. Seyi Makinde the governor elect, Oyo state is borne out of the fact that they both have the well being of of the masses as their primary responsibilities

The Deputy Governor elect also emphasized that Seyi Makinde’s government will be masses oriented, He told guest present that it is not true rumors making rounds before the elections  that Makinde has plans to effect anti Islamic policies that will be against the doctrine of Islam. He called on muslims to pray for the success of the Seyi Makinde’s administration.

Earlier the guest lecturer at the event Barrister Idris Egbeyemi  Noted that leadership is an assignment from Allah, quoting extensively from the Quran he said “Allah  created order. That the rule of leadership is the sustenance of the order Allah has created.

“leadership is not putting  self first but ensuring justice and fairness. Leadership affords the ability to discover oneself and purpose. Leadership is sacrificial. A leader must have the initiative to do things right.

Highlights of the Ramadan Lecture was the  recitation of the Holy Quran by students of Muslim Model College, in Arabic, English and Yoruba.