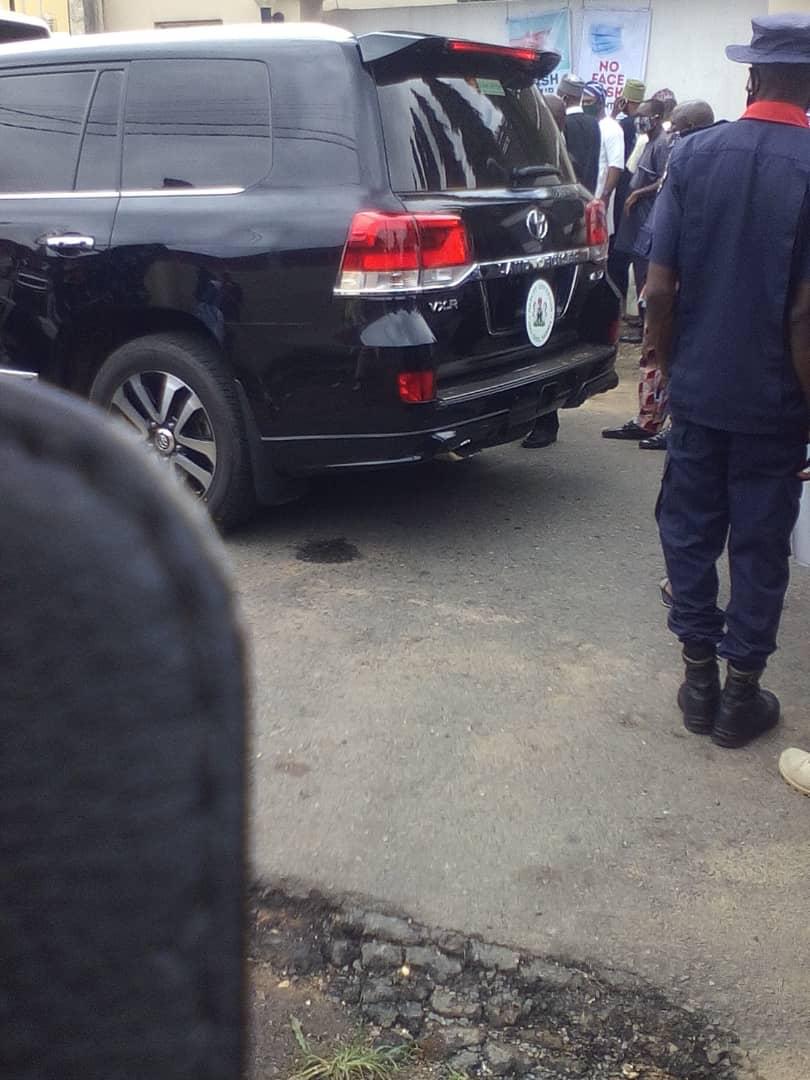 Some policemen attached to the late governors house blocked the entrance as the bluntly told the deputy governor to turn back and that they would not be allowed entry.

As the states number two man was trying to make enquiries, the gun totting policemen became hostile and nearly pulled down the ADC to the Deputy Governor.

Engineer Olaniyan had visited the residence of the Ajimobis ahead of the state’s delegation for the fidau.
A committee headed by the Head of Service, Mrs Amidat Ololade Agboola had been midwifed discussions with the Ajimobi family on the 8th day Fidau.
It was gathered that though the Ajimobi family gave its nod for the visit of the state government, government officials were surprised to discover a hostile environment on getting there with a number of policemen said became incensed and hostile and nearly destroyed the vehicles.

The delegation was to visit the residence ahead of the team  appointed by Governor Seyi Makinde to pay it last respect to the departed governor.