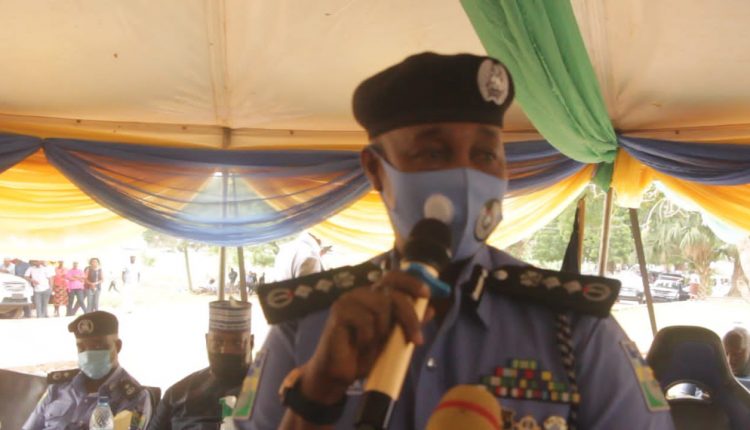 The Oyo State Commissioner of Police, CP Ngozi Onadeko has declared that Oyo state now ranks among safest states in Nigeria following recorded success in her commands battle against crime and criminality in the state.

CP Onadeko in her welcome address while playing host to the Inspector-General of Police, IGP Alkali Baba Usman at the State Police Command in Eleyele, Ibadan on Wednesday, Sept 29 added that the success of her State command was also due to the huge support received from the state government under the leadership of Governor Seyi Makinde.

The Oyo State Police boss also expressed her heartfelt appreciation to the IGP for deeming it fit to visit her command during the IGP’s one day working visit to have a physical interface with men and officers of the state command which according to CP Onadeko will enable the IGP vital opportunity to make necessary assessments of personnel and logistics. 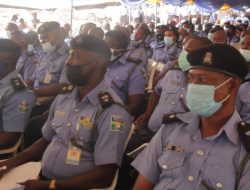 The IGP, Usman Alkali Baba while addressing officers of the state command urged them to synergize more with other sister security agencies in order to win the fight against crime and criminality in the country.

The IGP added that the problem of kidnapping that is bedeviling the country cannot be solved unless the Police embark on improved intelligence gathering in its operation, it may be difficult to achieve desired results noting that “the rescue operations are very difficult operations once you allow the kidnapping to take place”.

“After they must have release their victims, that case should not end like that, don’t wait until the kidnapping victims are released for you to chase them, they must be chased after even after they might have released the victims so, even if you get them it will be a minus whatever numbers they might have, you will always have better informations than you can get from the victims who must have been rescued or who might have been released.

“With the intelligence and his own testimonies, you will be able to get those people so that you can prevent them from kidnapping another person.” The IGP added.

While talking on the needed working synergy between the police and other security agencies, the IGP said, “when it comes to internal security the Police is the lead agency and you must occupied that space but the security architecture of the security or in providing security to the citizens of this country, the states is wide there are lots of ungoverned spaces, there are lot of lapses that we cannot fill, but together we can make it with other security agencies, we must work with the military and whoever that will come to support crime control and preventing crime and maintaining order.

“I also want to employ your professionalism in dealing with this situations by your training, by your calling by your commitments to duty, you lead and ensure that the Nigerian citizens particularly the people of Oyo State sleep with their two eyes closed.

“Whoever that is coming to support the security situations of this country to improve is a partner in progress, there shouldn’t be rivalry, there should be synergy, cooperation, there should be collaboration and when you have these, you chase men of the underworld away. But If you allow them to divide you, you will be operating at cross purposes.

“The DPO’s should liaise with other security services in their divisions, when we say we are lead agency in internal security, there are also agencies that are also leading in some particular situations, or in particular crime control.

“Law and order, for instance if you are talking about aliens, the control of aliens are for the people controlling our borders, the Immigration should be the lead agency, and you can collectively support the immigration to make sure that aliens issues are tackled.

“Even if you are going to quench fire, the lead agency should be the fire service but not only the fire service that is needed in that scene, you will need to deploy your officers immediately to condone the place so that people cannot come and steal the people’s properties or turn the place to something else.

“While the fire service men are busy trying to quency the fire, you provide the support of orderliness and make sure that people’s properties are safe. IGP Usman said.

The IGP further said, “If you are investigating a case take the Federal Road Safety Agency into cognisance, there is no crime nowadays that will not involve vehicles and they have better data in terms of making registration and other knowledge about what they intends to know about vehicles.

“So, everybody has a role that needed to be supported, they will support you, you will support them, behind every crime nowadays there is drug abuse, identify the drug Officer or the NDLEA Officer in your area, and synergies with him, cooperates with him, work with him, collaboration with him to deal with issues of drug related cases, if we are doing this we will be able to solve our problems better than operating at the cross purposes.

“If you look at my point of references in my agenda of policing, the issue of intelligence-lead policing, there is nothing you cannot achieve if you have better intelligence about it especially before it happens, your level of commitment must be total to this job.

“you must have a change of attitude, it is not a force level, nobody has been forced to join this job, we all signed, we all fill forms, we went for interviews, even though some of us might not realize that the police job is not as risky as this, but nobody will die twice, and nobody will die until your time comes, you cannot even be injured or even get a scratch if it’s not ordained, they say coward dies many times.IGP said.

Speaking earlier, CP Onadeko reiterated the commitment of officers and men of her state command towards crime fighting noting that the improved synergy and working relationship with other sister security agencies occasioned the current peace and orderliness in Oyo state.