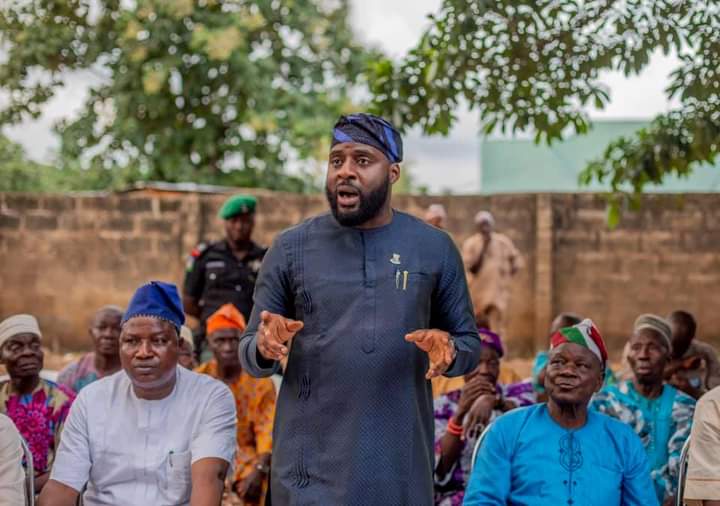 In continuation of his empowerment program for the people of his Constituency, the Speaker, Oyo State House of Assembly, Hon Adebo Ogundoyin has presented deep freezers and Generators to some selected women in Lanlate.

Hon Ogundoyin also met with various artisan groups including Carpenters, Bricklayers, Barbers, Hairdressers, Mechanic among others at their Secretariats in Lanlate and presented cash gift to them.

Recall that just last week , the Speaker presented fourteen brand new Motorcycles to members of his Constituency in Lanlate, while another set of thirty people received twenty-five thousand naira each to boast their economic activities. 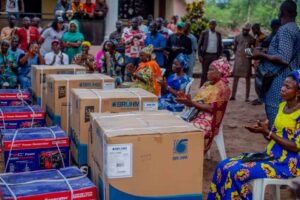 According to him, the latest gesture was in fulfilment of his promise that more Constituents would be captured in his empowerment programs.

“I decided to select some women in Lanlate for this round of empowerment program.

“The brand new deep freezers and Generators will be useful for them in boosting their socio-economic activities.

“Nothing to me is too small to support my people especially during this period when the economic situation is unpredictable.

“I want to assure that we will still design more ways of uplifting the economic status of our people across Ibarapa East Stare Constituency.” Oyo Speaker stated

During his meeting with members of various artisan groups in the town, the Speaker said the cash donation was meant to support their associations, adding that their members will also be included in his future empowerment programs.

“I am happy to meet with our people at their Associations Secretariats in Lanlate. It provided opportunity for me to update them on the programs of the present administration across all the zones in Oyo State as well as my activities as their elected Lawmaker and the Speaker of the 9th Oyo State House of Assembly.

“I will be meeting with the leaders of their various associations periodically on the
possible ways of supporting them with working tools as well as cash to enhance their work.

“I have listened to some of their requests and we will see what we can do. Governor Seyi Makinde’s people oriented policies and programs are already having great impacts in the lives of our people, and I want to appeal that we continue to give support to the present administration in its resolve to move the state to greater heights.” He said

PDP To Buhari: Boys Scout Leader Better Than You