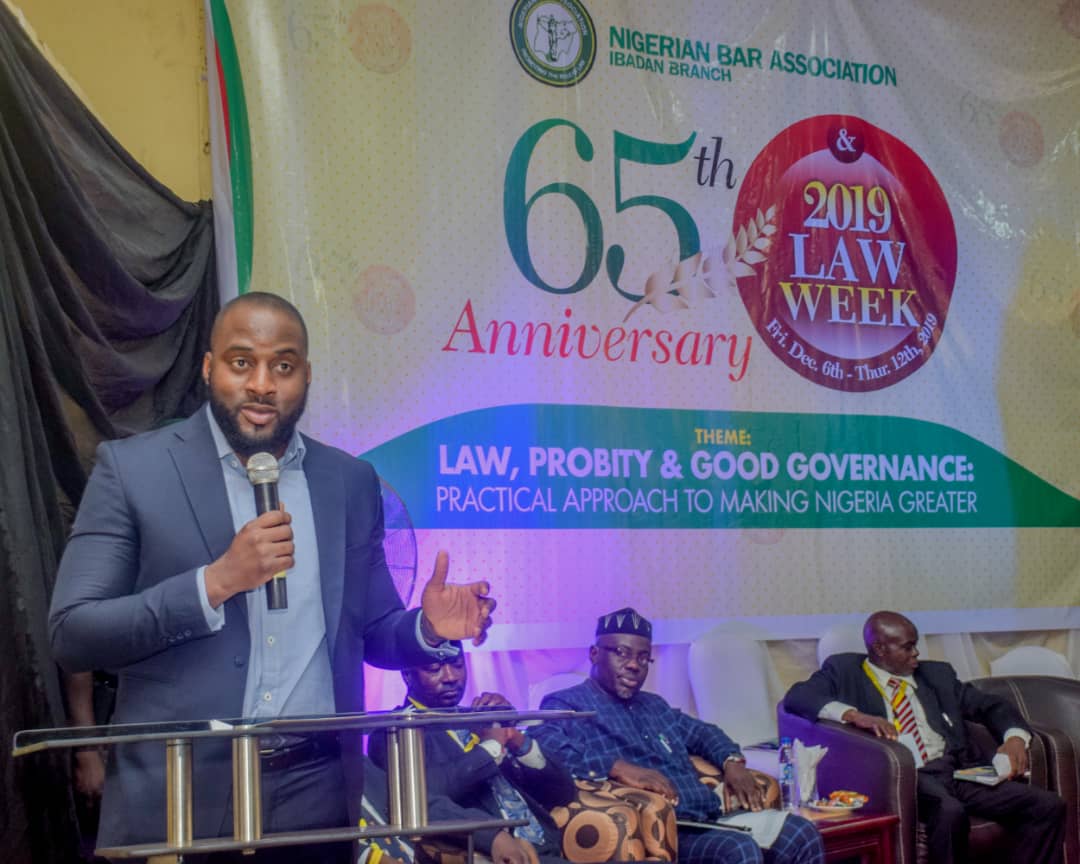 The Speaker of the Oyo State House of Assembly, Rt. Hon. Adebo Ogundoyin has charged legal practitioners and the entire Nigerian judiciary to ensure that rule of law reigns supreme over all forms of self-interest in the country.

According to him, the supremacy of the rule of law has remained the only way human right of a common man can be protected and Nigerian democracy can be deepen through check and balance among the three arms of government.

He said, “Coincidentally, today 10th of December is International Human Right Day and legal profession is an influential profession which has the influence over policy, defense of rights, and the pursuit of justice.

“The judiciary deserves every respect from us as individuals, public servants, organisations, government agencies and institutes, as the third arm of government. This is the only way you can discharge your constitutional responsibility without fear or favour.

“Nigerian lawyers like their counterparts all over the world, have civil duty to consolidate Nigerian democracy because optimally in a constitutional democracy.”

Stating political instability, social disequilibrium, insecurity, corruption, ineffective of some public institutions, a declining economy, and lack of a democratic culture as notable Nigerian judiciary problems, Ogundoyin said, “I know these are some of the harsh realities and pragmatic constraints legal practitioners are facing which are limiting their ability to deepen democracy, or even to perform their traditional functions.