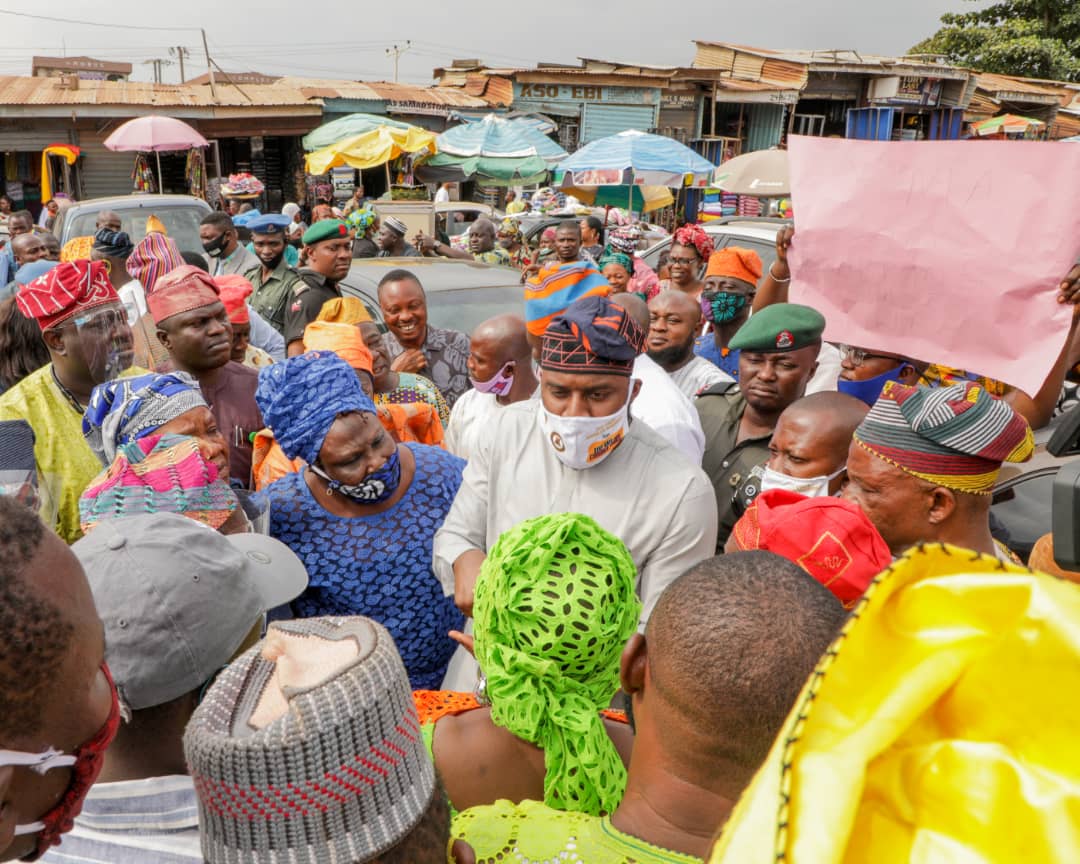 The Speaker Oyo State House of Assembly, Hon Adebo Ogundoyin has led a delegation of the State legislature to Gbagi International Market, Ibadan for on the spot assessment of the situation in the textile market.

This was in fulfilment of the promise made to the leaders of the market when they paid a visit to the Speaker few days ago.

The Speaker while addressing the traders said the visit was meant to personally see the problems confronting Gbagi International Market as highlighted by the leaders of the market during their visit to his office.

Hon Ogundoyin assured that the problem of lack of parking space which was one of the major requests of the traders will be looked into.

The Speaker said no construction will be allowed to spring up on the few spaces in the market currently being used as parking lots adding that all efforts will be made by Governor Makinde led administration to give the market a facelift and improve facilities there.

” I came with my entourage to meet with our esteemed market men and women in Gbagi International Market and to promise them that we will see to their requests.It is rather unfortunate that nothing tangible had been done by past administrations in Oyo State to raise the standard of the Market and to depict it as an international textile market.” Hon Ogundoyin said

The traders carried various placards with inscriptions showing some of the problems addressing them and the urgent need for Governor Seyi Makinde to come to their rescue.

While welcoming the Speaker and other lawmakers into the market , the Chairman, Council of Elders and Board of Trustees , Gbagi International Market, Alh Mukaila Adebayo commended the present administration in Oyo State for its avowed resolve to right some of the wrongs in the past .

Alh Adebayo used the occasion to reiterate other requests of the market which included lack of portable water, irregular power supply,lack of toilet facilities and lack of good road network within the market.

Other representatives including the Secretary of the Council of Elders , Evang Tunde Folorunsho and leaders of other Associations stressed that Gbagi International Market is too crowded and that the State Government must come to their aid in decongesting it and upgrading its facilities.

Just In: As Frustrated As I was I Never Left APC But Akala Left For ADP, He Is The Least Qualified To Chair Reconciliatory C’mittee — Bayo Shittu