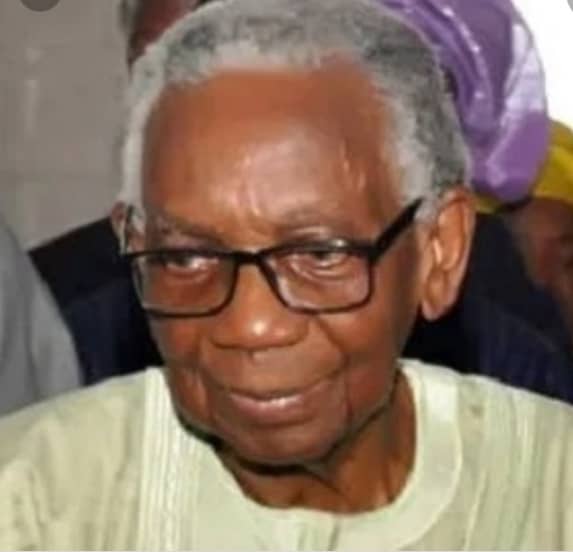 The Senator representing Oyo South in the 9th national Assembly, Dr. Kola Balogun has described late Chief Theophilus Akinyele, the Bobajiro of Ibadanland who was a Special Adviser on Budget Affairs to President Shagari as great bureaucrat and versatile consultant with many decades of impeccable integrity.

Senator Balogun in a condolence letter signed by his media aide, Mr Rotimi Johnson, and sent to sunrisebulletin.com, the lawmaker described Pa Akinyele as an iconic figure worthy of emulation.

The lawmaker noted that it was sad to receive the sad news of Pa Akinyele’s demise adding that even though ‘baba’ lived an accomplished and successful life, he would have loved to still have him around to enable him draw from the wealth of baba’s experience.

According to Senator Balogun; “Chief Akinyele was an active player and very instrumental to the Ibadan development agenda, an accomplished civil servant and a public service role model that I looked up to.

“We pray God grant the family, the Governor, the Olubadan of Ibadan and all the good people of Oyo State the fortitude to bear this great loss at this trying time of our nationhood.”

Oyo OPC Reads Riot Act To Thugs, Miscreants And Hoodlums Who Want To Hijack Endsars Protest In The State