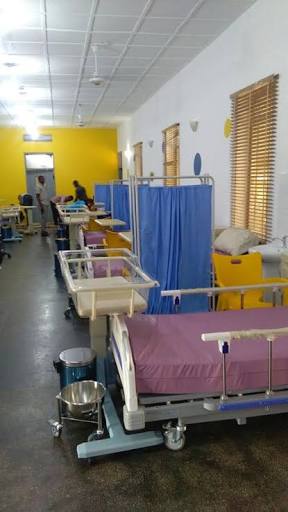 The Oyo state house of assembly yesterday hosted the honorable commissioner for health Dr Bashir Bello, the executive secretary of Oyo state hospital management board Dr Muideen Olatunji and other directors of various departments from different zones across the state to a session of robust deliberation following its expressed concerns over the growing deplorable condition of the primary healthcare sector in the state and to find ways of improving on the present situation.

Recall that Hon. Olajide Akintunde representing Lagelu state constituency had last week moved a motion on the ailing primary healthcare services in the state following an unscheduled visit to a primary health centre in his constituency which became an eye opener to the amount of rot and the deplorable condition in the sector leading to the invitation of the health ministry’s top management team led by the commissioner to the house plenary yesterday.

The honorable commissioner for health while making his submission on the challenges facing the health health sector and primary healthcare industry in the state alluded to the fact that lack of adequate funding, political interference, instability of the local government system, lack of maintenance culture, poor orientation, lack of adequate manpower among others are the bane of the issues that has bedevilled the state to its present sorry condition.

He added that less than 4% (four percent) of the total budget was allocated to the health sector all through the last administration noting that such allocation can not achieve any meaningful result in the face of the present demands for headache services by a steadily growing population.

He stated that states like Lagos, Kaduna, and Rivers have all attained at least 15% of total budget in a fiscal year for the health sector as recommended by the United Nations under world health organization (WHO) in a bid to reaching the United Nation (UN) standard of 15%.

The Executive Assistant, Oyo Hospital Management Board, Dr Muideen Olatunji while making his submission stated that government at all levels must show the political will to address the unpleasant situation of neglecting the health sector adding that investment in the sector is capital intensive with long term prospects and benefits but Nigerian politicians prefer embarking on projects that can be used as political campaign tools during electioneering period leading to the steady and continuous decay of the primary health sector in the state and Nigeria at large.

Speaker of the house Rt hon. Adebo Ogundoyin in his remark assured the ministry of the full support from the 9th assembly in creating the enabling framework that will help the ministry achieve its mandate and to improve on delivery of quality healthcare services in Oyo state.