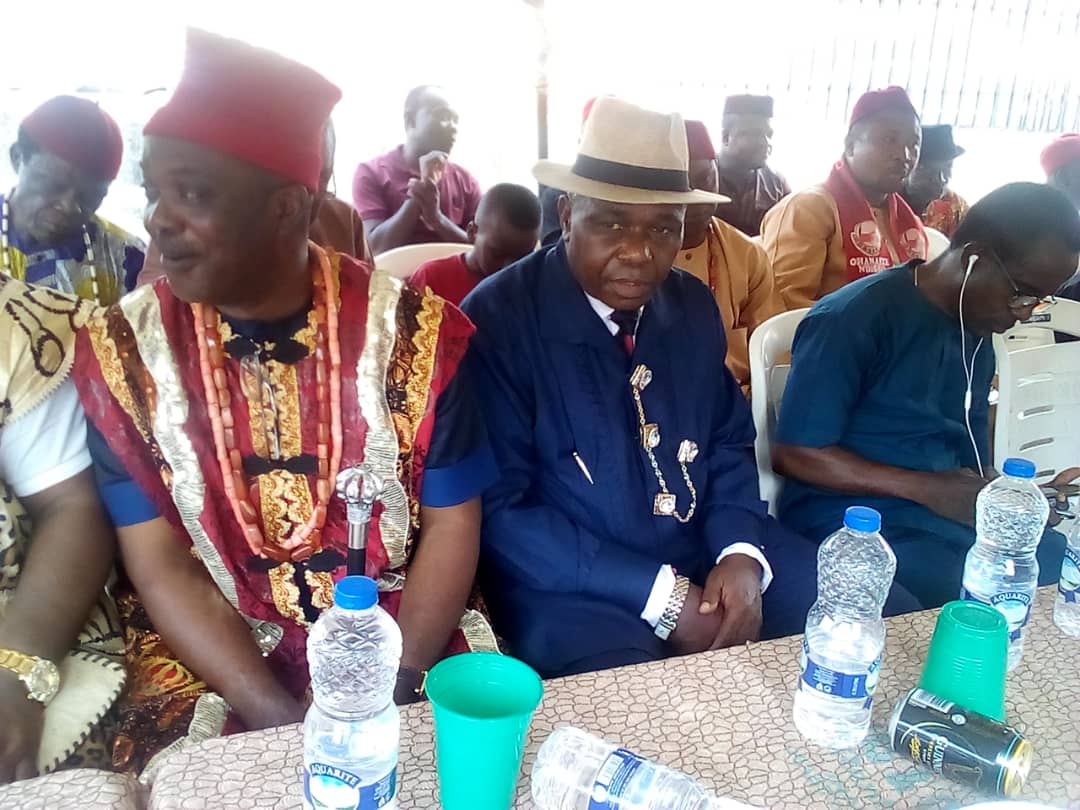 ……as new executives of women wing gets inaugurated in Ibadan.

The leadership of Igbo sociocultural group, Ohanaeze Ndigbo across the south western Nigeria comprising all serving presidents from the six south western states have stated in a unanimous position that there is no disunity within the Igbo community in the south western region of Nigeria especially in Oyo state.

Speaking exclusively with sunrisebulletin.com on behalf of Ohanaeze Ndigbo South west, Nigeria, during the administration of oath of office and inauguration of the new women leadership of the group on Saturday in Ibadan on 31st October, 2020, High Chief Matthew Nwankwo, who is the south west president of the group, described the event as ‘an evidence of unity, togetherness, and one indivisible ethnic group in the region.

Chief Nwankwo explained that the primary purpose of the convergence in the capital city of Oyo state by the entire leadership of Ohanaeze Ndigbo in south west was to inaugurate the new women leadership which has been empowered to pilot affairs of the women wing for the next four years.

“It is in that monthly meeting that we come together to discuss our affairs, if there is any challenge in any state, we discuss it, and proffer solution, and since that time till now, we do not have any problem,” he said.

When responding to a question on the issue of fractionalization within the group, Chief Matthew who is referred to as ‘President of Presidents’ maintained that there is nothing like fractionalization within Ohanaeze Ndigbo in the region stressing that Eze Ndigbo is merely a traditional title under the state president noting that it is Ohanaeze Ndigbo that makes the Eze Ndigbo.

“Eze Ndigbo factionalized? No! there is nothing like that because it is the Ohanaeze that makes the Eze, Eze is just a traditional title but the power of administration of Ohanaeze Ndigbo lies with the president.

“For instance, in Oyo state, Engr Ndubuisi Okorie is the president of Ohanaeze Ndigbo because it is an elective office, it is not a one man made affair that is why it is called Oha-naeze (meaning People-made Eze), it is the people that makes the king in this case, the president,” he added. 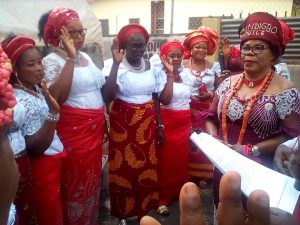 Speaking earlier, the outgoing south west women leader of Ohanaeze Ndigbo, Chief Mrs Kate Onyechere, charged the new excos to remain united in love, respect, and honour to its leadership in the region tasking them to continue upholding all the virtues of the Ohanaeze Ndigbo.

Other state presidents of Ohanaeze Ndigbo present at the event including Ondo, Osun, Oyo, Ogun, Ekiti, and Lagos states in their separate remarks expressed delight in the unity among the Igbo community in the region noting that even the apex body which has its headquarters in Enugu also acknowledged this power of unity.

He explained that he was duly elected by congress of Ohanaeze in all the south eastern states including Anioma and Igbos in Rivers state adding that the event which the entire leadership of Ohanaeze Ndigbo in south west region came to participate in was an evidence of one indivisible Ohanaeze in the region and Oyo state at large.

Other dignitaries present at the event were the Oyo state commissioner of Police, CP Joe Nwanchukwu Enwonu who was ably represented, former local government Chairman of Ibadan North, Ademola Omotosho and other notable personalities.

GSM And The GSMists: A Hybrid Collaboration for Citizens Engagement & Political…