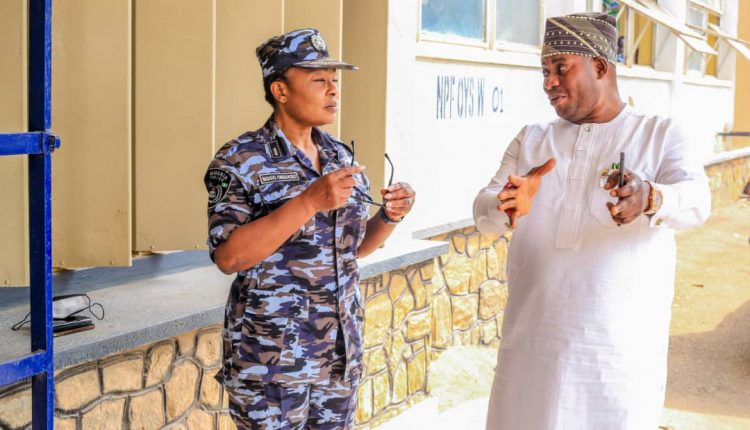 The Commissioner of Police, Oyo State Command, CP Ngozi Onadeko has lauded the Oyo State Road Transport Management Authority (OYRTMA) over what she described as superlative performance as an effective traffic management agency whose direct impact is greatly felt across the State.

She made this discloser earlier today at the Police Headquarters, Eleyele, Ibadan when the Executive Chairman of OYRTMA Mogaji Akin Fagbemi Ph.D paid a working visit to further consolidate on the existing relationship between the two agencies.

In his address, the OYRTMA Boss expressed appreciation to the Nigerian Police Force, Oyo State Command for the camaraderie and support given OYRTMA over the years. He however emphasized the need for further integration and collaboration between the agencies especially in the areas of intelligence gathering and sharing as well as training and retraining of men and officers of OYRTMA.

In her response, the Commissioner of Police said: “hitherto, I had found it difficult differentiating OYRTMA from the Federal Road Safety Corps for some reasons. Today, the recent activities of the agency has made it to stand out and the difference is crystal clear in Oyo State. I must commend the leadership of OYRTMA for executing policies and programs that has helped in reducing traffic jam and accidents in the State”.

Speaking further, the CP revealed that the Police would soon begin a clampdown on unauthorized vehicles using siren and covered number plates noting that for that the corporation of OYRTMA is needed to ensure the success of the exercise.