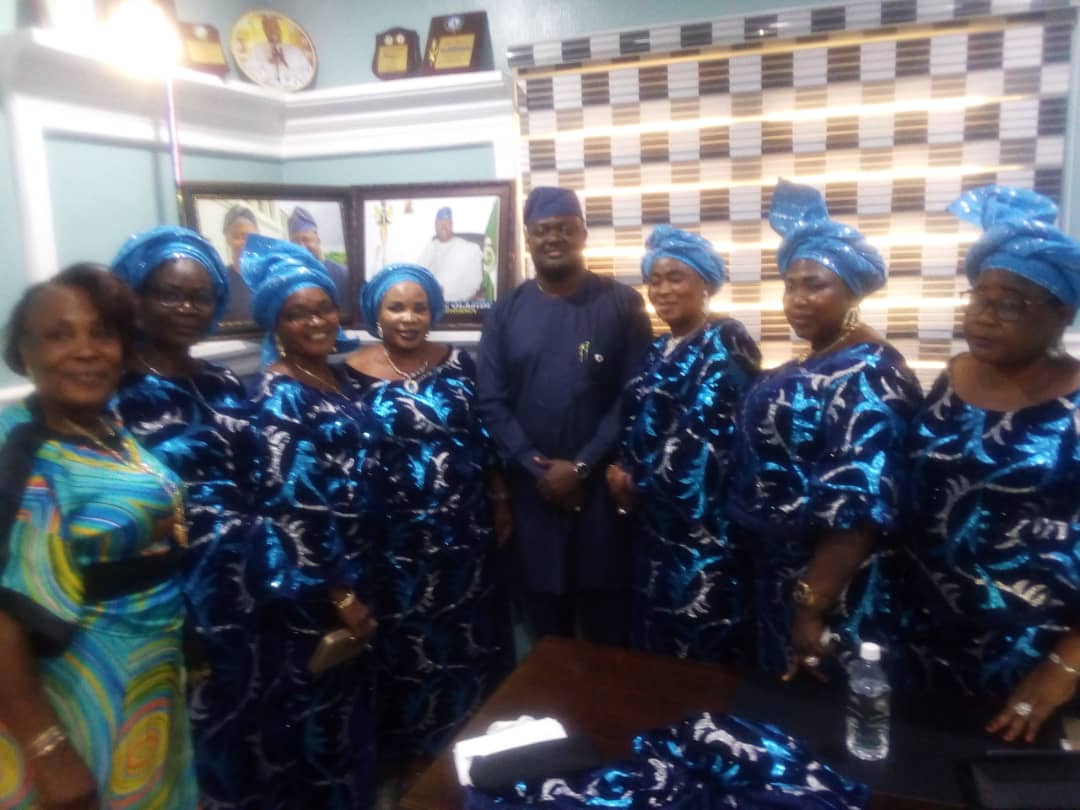 The Oyo state women leader of the Oyo state chapter of Peoples Democratic Party (PDP), Alhaja Wulemot Ibitoye in company of other women leaders from selected local governments has paid a courtesy visit to the office of the Oyo state assembly PDP Whip, Honorable Olajide Akintunde popularly known as AKT in recognition of his leadership role as the party Whip of the 9th assembly.

Alhaja Ibitoye while addressing the lawmaker in his office on Tuesday at the house of assembly complex, secretariat, Ibadan, stated that the leadership style of AKT is evident in the cohesion of members of the 9th assembly.

She particularly lauded PDP members in the legislative chamber for the family like relationship that has snowballed into vibrancy and quality of debate at its plenary sessions.

She however noted that there is more work ahead to be done urging the lawmaker and PDP members in the house not to rest on their oars.

Hon Akintunde in his remark thanked the state women leader and her team for the visit and assured that the 9th assembly under the leadership of Rt Hon Debo Ogundoyin is doing excellently well and will continue to serve the purpose of being members of the legislative chamber.

AKT as he is fondly called added that the relationship among lawmakers of the 9th assembly is robust because it is always Oyo state first before any other interests.

He promised to continue to continue to give responsive representation to the PDP family in Oyo state and to also ensure unity of purpose at the house of assembly.