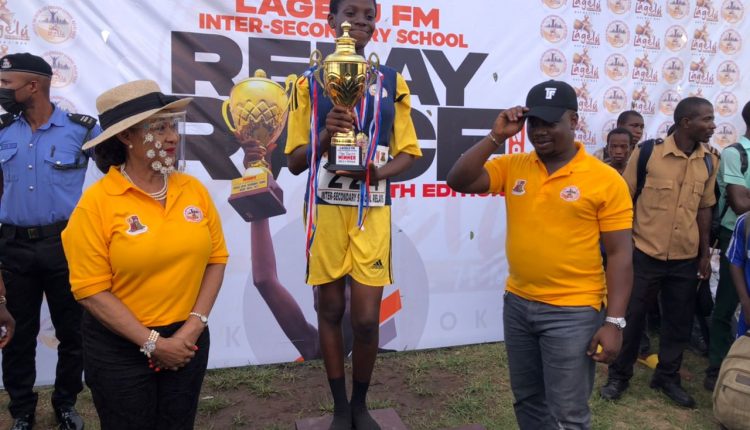 The Oyo State Government has expressed satisfaction over the one day 2021 Inter-Secondary School relay race organized by one the leading indigenous privately owned radio station saying that investments of the state government in providing sporting infrastructures have started yielding good results.

He added that the state government is more resolve to continually support such sporting initiatives aimed at talents discovery followed by opportunities to be nurtured into full professional levels.

This was as 665 students drawn from 45 secondary schools in Ibadan locked horns in the 4th edition of Lagelu FM Inter-Secondary relay race competition held at the main stadium of the University of Ibadan. 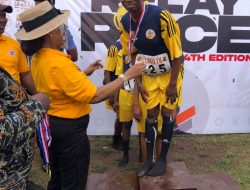 Recall that the General Manager (Operations) Mr Tunde Olawuwo, in a press conference which held last week to herald the main event held on Thursday November 19 (yesterday) told journalists that the primary goal of the tournament was to discover, nurture, and develop raw talents and providing a platform through which they can harness their talents into professional careers.

Despite this in mind, the 665 students who participated in the keenly contested competition showed more zeal and passion for the grand prize by displaying running skills which many spectators present at the event attested to be synonymous to professional qualities and standard.

Impressed by the successful outcome of the competition, the Honourable Commissioner for Youths and Sports, Seun Fakorede, who highlighted various successes and levels of commitment of state government to the sport sector while speaking with journalists shortly after presenting prizes to various winners from different categories commended Lagelu FM for organizing such sporting activities for the youngsters. 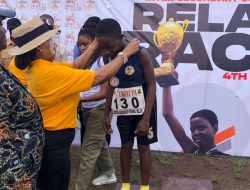 Speaking earlier, Mr Olawuwo reiterated the commitment of Lagelu FM, a sister radio station both subsidiaries of West Midlands Communications to the organization’s corporate social responsibility in the area of sports and talents development.

“The idea behind this sporting event is to create an athletic competition among youngsters especially in Secondary schools both pubic and private in Oyo state.

“We use to have this as a side show during our annual marathon event but in 2017 we decided, having seen the initial successes, to make it a full blown annual sporting event and since then, we’ve been so amazed by the kind of successes we have recorded.

In her remarks, wife of the Chairman of West Midlands Communications, Chief Mrs Onikepo Akande, expressed her joy and the passion of her husband, Cheif Adebayo Akande towards using sports as a viable tool to drive economic growth saying that the event will further spur the youngsters to aspire for more greatness especially in the sporting field of sprint.

She said: “This sporting event also serves as a means of interaction because you never know who may become top sports persons in Nigeria. We have to encourage them. My husband believes so much in this.

“We have to also congratulate Lagelu and Splash FM for organizing this. I congratulate all participating schools and hope that all schools who didn’t win will understand that there is always another time to get better and try again.

Also, BrightVille and United Missionary College emerged winners in the 4/200m for boys and girls respectively and Command Day secondary school emerged winner in the mixed category of 4/200 metres relay.