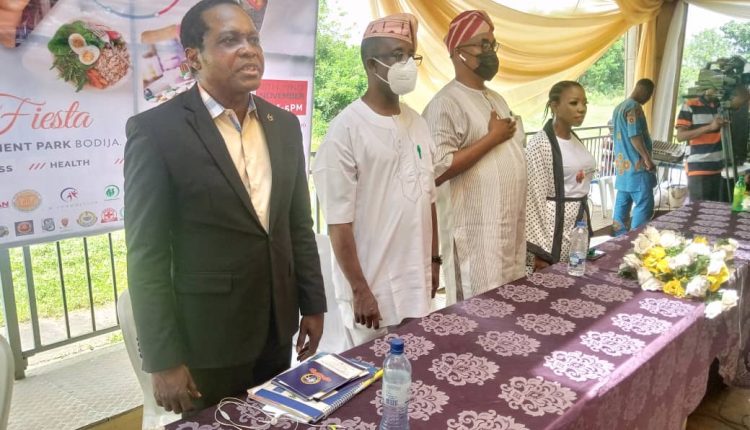 The government of Oyo state and Medicred Limited, an Ibadan based lifestyle and Psychotherapy Specialist have collaborated together in what has been described as a strategic partnership to intensify the fight against illicit use and abuse of drugs and hard substances among youths in the state.

Recall that the National Drug Law Enforcement Agency recently expressed serious concern about the high rate of drugs and substance abuse especially among the youth in the South-West, especially Lagos and Oyo States.
The Principal Staff Officer in charge of Treatment and Rehabilitation, NDLEA, Oyo State Command, Titilope Asiru, made the disclosure in the recent report during her presentation in Ibadan.

Speaking at a drug-free symposium organised for secondary school students by Ayo Fatokun Foundation in collaboration with Psychid Foundation; Konymandibio Foundation and JOCHJED Foundation, the NDLEA said the drug use prevalence in Lagos and Oyo States stood at 33 and 23 per cent respectively.

The Oyo State Government in response to this alarming statistics partnered Medicred Limited to embarked on a four days intensive training of over 5000 National Association of Patents and Proprietors Medicine (NAPPMED) members across the state. 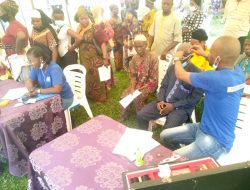 Speaking on behalf of the Oyo State Government at the grand finale of the four days intensive training of NAPPMED members held at the Trans Amusement Park, Ibadan on Thursday November 18, the Special Assistant on Community Relations to Oyo State Governor, Honourable Olufemi Josiah reiterated the resolve of the government to block all channels of distribution of drugs and hard substance into the society.

Josiah described the partnership between the state government and Medicred as a strategic one aimed at training members of NAPPMED who he described as the gatekeepers of distribution channels of drugs being the first point of contact to the Dru consumers at the the grassroots.

“This is one of the Youths Empowerment Rewind Initiative of the Oyo State Government which is our initiative towards curbing youth restiveness and substance abuse in our community and society at large.

“We are here to complete the training of Patent Medicine dealers (NAPPMED).

“We as a government have discovered that NAPPMED members are gateway to illicit trafficking of drugs and substance in our state. They are channels through which prescribed and Over The Counter (OTC) drugs get into the society through which these drugs are abused.

“So, we started training them to let them know the importance of fully cooperating with the government in the fight against drugs and substance abuse through psychotherapy. We believe that after this training they will have been well informed and equipped to understand their roles as the gateway to various channels of distribution as well as the understand the implication of their complicity.

“We expect that they will be ambassadors of government towards the fight against use and abuse of illicit drugs and substance trafficking in our state. We believe that the United Nations rating of Oyo state as the second state in the south west with higher prevalence of drugs among young people will greatly reduce by this our efforts.” Josiah said.

He however, urged the NDLEA, NAFDAC and other concerned authorities to help Oyo state to go after the cartel who are backers of those in the business of supply and distribution of illicit drugs and substance into the larger society.

In her remarks while addressing journalists, Mrs Bukonla Agunbiade, a Lifestyle PhermDoctor and Psychotherapist who is also the Chief Executive Officer of Medicred Limited, maintained that the training was part of a larger plan and strategy between the Oyo State Government and her organization to first block the channel of distribution by bringing the patent medicine dealers on board to educate them on the importance of their roles.

“We are here because we are training about 5000 ‘healthpreneurs’ across the state on basic psychotherapy because of the high prevalence of drug and substance abuse in our state. These people are at the grassroots and first point of call to those youths that are into drug abuse and trafficking.

“With these skills, they will be able to help us in the fight against drug and substance abuse and also make Oyo State a drug free state because as much as we do not have the powers and resources to run after the drug cartel, we believe we will be able to reach out to the consumers and discontinue them from engaging in the act while also blocking the channels of distribution. That’s why we are vigorously training the patent medicine dealers also.” Mrs Agunbiade said.

Also speaking, the Technical Lead of Oyo State Youth Empowerment Rewind Initiative (YERI), Pastor Tunji Agboola explained that to curb the menace of drug and substance abuse in the state, all hands must be on deck as such act is capable of snowballing into a big societal threat.

Pastor Olatunji urged the youths to desist from drug and substance abuse warning against it’s implications which he said was better imagined.

He commended the state government under the leadership of Governor Makinde for his commitment and response to issues bothering on youths who he described as assets of any state and drivers of development.

The Special Adviser on Primary Healthcare Board to Governor Seyi Makinde, Honourable Dada Awoleye in his remarks commended the participants at the training and urged them to rise up to the menace of drug and substance abuse which he said always have a way of impacting on the larger society and robbing the state of valuable human resources.