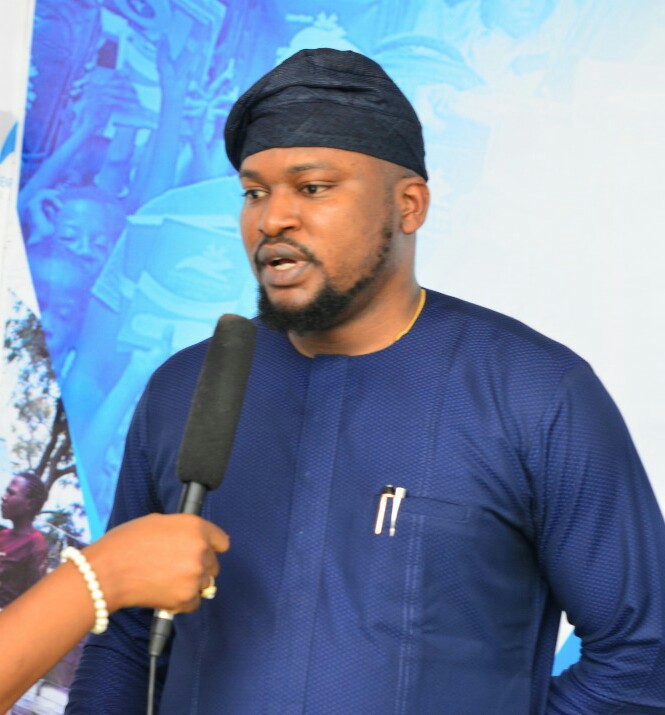 Adenrele Lekan-Salami (ALS) Foundation has been commended by Oyo State Government, Olubadan of Ibadanland, as well as notable Nigerians such as renowned Nigerian broadcaster, Otunba Kola Olootu, for its continuous commitment and dedication to upliftment of less privileged and the downtrodden in the society.

The Senior Special Assistant To Oyo State Governor on Sustainable Development Goals (SGDs), Hon. Kunle Yusuf, who represented the state government at the official launch of the foundation in Ibadan, the Oyo state capital, on Saturday (yesterday), described the foundation as a builder of future generations noting that the courage to commit scarce resources to humanitarian services was highly commendable and could only be borne out of love for humanity.

He said that giving was the essence of human existence and when an individual is courageous enough to commit personal resources to the development of the people particularly the less privileged, then it behoves on all to supports such an individual.

He assured that Office of the Oyo state SDG will be partnering with ALS Foundation with the view of strengthening the capacity to do more for the people stressing that the present administration under the leadership of governor Makinde is distinct for improving the quality of human life.

The Son of late Chief Lekan Salami, Mr Adenrele Lekan Salami, who is the founder and Chairman of ALS Foundation, in his brief speech stated that the desire and passion to give hope to the less privileged and uplift the downtrodden was not because there was excess resources but because he knew how it feels not to have.

The young chairman said that it was a resolve between himself and his wife few years back, to commit at least 20% (twenty percent) of their income to charity through the foundation stressing that wealth is a product of grace from God and should serve the purpose of improving humanity.

He said that giving only food provisions and other material items to the less privileged as some people do has proved not to have any reasonable impact on the society which was why ALS Foundation is focusing on quality education, youths empowerment, as well as food and nutrition which are core essentials of life.

Mr Adenrele stressed that education remains the key to unlocking the full potentials of any man and the best pathway to boundless opportunities in life, adding that it was for this reason the foundation is focusing on providing quality education through scholarships, free meals for students and provision of educational materials such as desks, books, and school bags.

He said that ALS foundation is currently working on what it called ‘Vision 2020 — 2025’ which means that it is hoping to raise the sum of N30million between year 2020 and 2025 in order to be able to provide scholarships and educational materials to selected schools at selected local governments across Oyo state which its primary base before expanding to the Northern region where education is at the lowest elb in the country, noting that teachers training will not be excluded in the program.

The foundation according to its chairman, also hopes to raise the sum of N40million for Youths Empowerment and N25million for Food and Nutrition respectively. The funds will be channelled into training and and empowerment of unemployed youths and vulnerable women in the society such as widows and single mothers.

Renowned Nigerian broadcaster, Otunba Kola Olootu in his remark spoke extensively on life and legacies of late chief Lekan Salami and how he dedicated his life and wealth to philanthropy and therefore, called on Nigerians to rally round the foundation which has shown the tenacity and capacity to continue the philanthropic legacy of the late icon.

Earlier on, the Rector of The Polytechnic, Ibadan, Professor Kazeem Adebiyi and The Agba Akin Olubadan, High Chief Lekan Alabi, in their separate paper presentations titled ‘Importance of education in economic growth and development’ and ‘Charity begins at home: essence and benefits of community development’ respectively, emphasized the importance of education and community development in the growth process of any society.

the royal father of the day at the event was His Royal Majesty, The Olubadan of Ibadanland, Oba Soliu Adetunji, Aje Ogunguniso I, other distinguished personalities present are Oyo state deputy chief of staff, Mr Mojeed Olawale Mogbonjubola, lawmakers from the Oyo state house of assembly, Hon Ayo Fatokun and Hon Akeem Adedibu, and the CEO of Jet Royal Media Communication, Mr. Yusuf Afolabi.

You Can Not Escape Justice — Makinde Assures Sacked ALGON