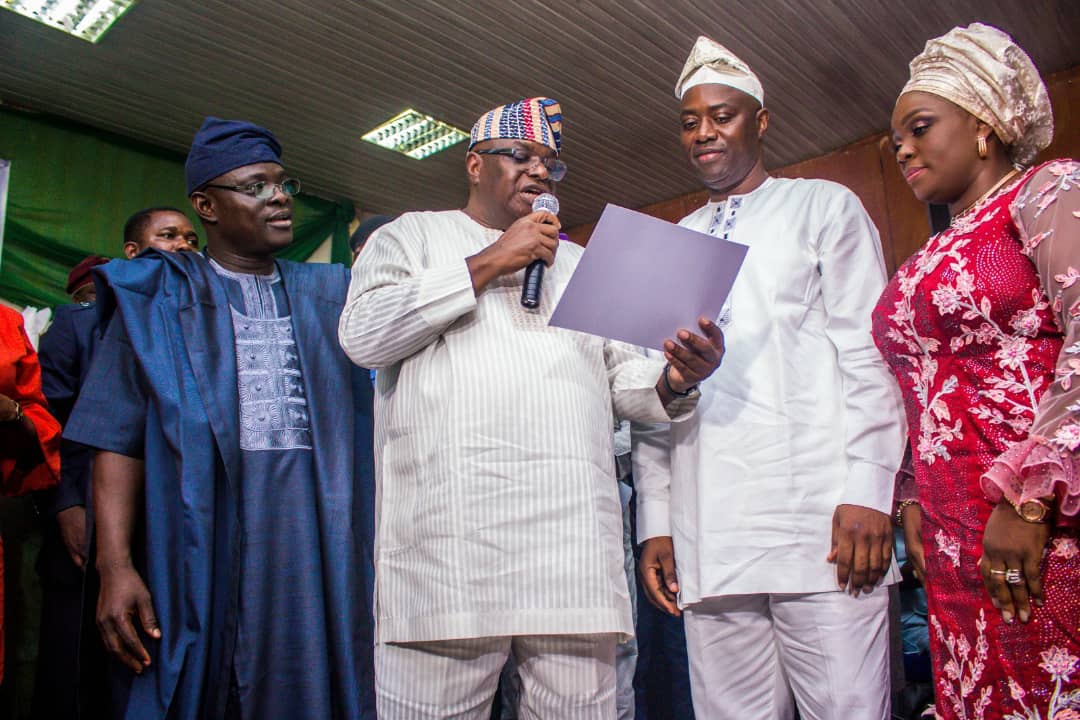 The event which was held at the Banquet Hall of the premier Hotel Ibadan had in attendance representatives of the Chairman of INEC Chairman, Professor Mahmood Yakub, Asst. INEC National chairman, for Oyo, Osun and Ondo. Prince Solomon Adedeji Shoyebi Yakubu, Head of Security agencies in the state, Chieftains of Political parties among others.

Oyo state Resident Electoral Commissioner, Barr. Mutiu Agboke in his welcome address disclosed that that 17 electoral petitions have been forwarded to the Oyo state Election Petition Tribunal by aggrieved candidates from various parties in the state.

“Presently, arising from the general election in this state, we have a total of seventeen (17) petitions before the Oyo state Election Petition Tribunal.

The breakdown is four (4) Senatorial and thirteen (13) House of Representatives petition”.

He added that filing and hearing of election petitions is a post election activities which is allowed and backed up by the Electoral Act 2010 (as amended).

The governor elect , Seyi Makinde in his brief remark congratulated the people of Oyo state for voting him and assure them that it is the beginning of a new dawn in the state.

Makinde who seek for support of the people said ” the task of taking Oyo state to a greater height is a collaborative effort and I am assuring you that  I will not betray the confidence reposed in me. He also thanked the various security agencies for their role in the last election.

Hon Wumi Oladeji, a re-elected member of the House while responding question from journalists at the event express optimism that the 9th Assembly would be a better one

The only female lawmaker from the Action Democratic Party ADP, said , though the house is dominated by new members but they wont have problem learning through the rudiments’.