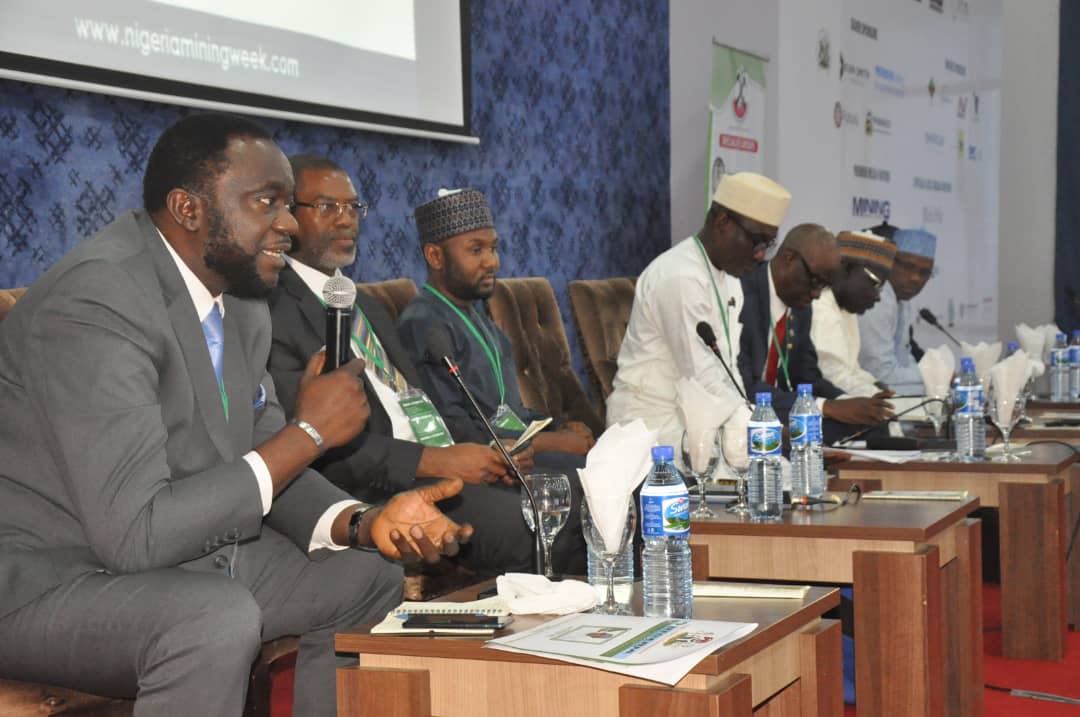 The Oyo state government of Oyo has declared its readiness to fully explore and exploit the abundant of solid minerals and other natural resources under the soil of Oyo state as key to shooting up its Internally Generated Revenue (IGR), the Chairman Oyo state Mineral Resources Development Agency, Mr. ABIODUN Oni has said.

Oni, in a presentation on behalf of the state government at the just concluded Fourth Edition of the Nigeria Mining Week held in Abuja, said that the state government would heavily rely on solid Minerals to finance the social interventions and welfare programmes of Governor Seyi Makinde.

Oni, in his presentation themed: “Oyo State to the World: Bridging the gap between potentials and investments,” held at the NAF Conference Centre, Abuja, stated that Oyo State had billions under its grounds which were yet to be explored and exploited.

He maintained that the Governor Makinde administration was striving hard to put solid mineral development on the map of africa and the world because the state government needed funds to drive the many social intervention projects being embarked upon.

According to Oni, the Oyo State government was targeting solid mineral development because it remained one of the quick wins for it to boost its internal revenue, adding that Governor Makinde was set to put money into the sector towards data gathering, digitization, availability and accessibility, which he said would make it easy to attract both local and foreign investors to the state.

He said: “We are striving a whole lot to make sure that mineral development is put on the map and where we can generate revenues. You would have noticed that the governor of Oyo State is into lots of social intervention projects and programmes, so we need money. So, we are thinking IGR, IGR, IGR. There is nowhere else to go to.

“One of the quick wins for us is mineral development and what I will like to focus on, which I have been advising our government on is to focus on the ASMs. It is a quick win and a low-hanging fruit if we are able to develop and partner with this arm of the sector. In Oyo State, the ASMs actually have about 80 per cent of the mining community.

“A major part of our budget is all about data, we all know and we have all spoken about data. We are committed to that in Oyo State. I told my governor that first things first, we can’t move forward if we don’t have data. We cannot brag about anything; we can’t tell anybody what we have in the ground is bankable. So, the first thing is that we are targeting in this administration is to gather the appropriate data.”
Speaking with journalists after the presentation, Oni added that the sooner Oyo State began to explore the resources in its grounds the better for the state, saying: “I think it is essential for people to know that, like I said, Oyo State has billions in the grounds that are not explored and exploited. So, the sooner the better for us. I met quite a number of guys who are from Oyo State but they are mining in Jos, Zamfara and other places and they are excited.

“So, we will see what we can get back home in a short while. I think it brings value to what we have in Oyo State and it will bring people to come and invest and that is ultimately what we are looking for. We have the drive and we have motivation and I know that the governor we have is going to put money where his mouth is. Like you have heard from the discussions, if you don’t put money in data gathering, it is a non-starter but that, first, is what I know we are going to do and the moment we start putting money in data gathering, data digitization, data availability and accessibility, it makes it easier to sell what we have in the grounds to investors.”

At the event, the Oyo State had an exhibition stand to showcase some of the mineral resources scattered across the state including tin and tantalite, gemstones.
Earlier, while declaring the event open, the Minister of Mines and Steel Development, Mr. Olamilekan Adegbite, said: “The documented stock of minerals that could be found in Nigeria is sufficient to kick-start a boom in the mining industry in Nigeria, with the right investments and the right atmosphere.
“To address this, we intend to partner with a broad spectrum of stakeholders in the industry to deepen the reforms to foster a conducive ecosystem for private sector investment,” he said.

The event, which brought together key players, policy makers and investors in the mining industry as well as finance experts from about 20 countries and the governors of Kebbi and Nasarawa states.