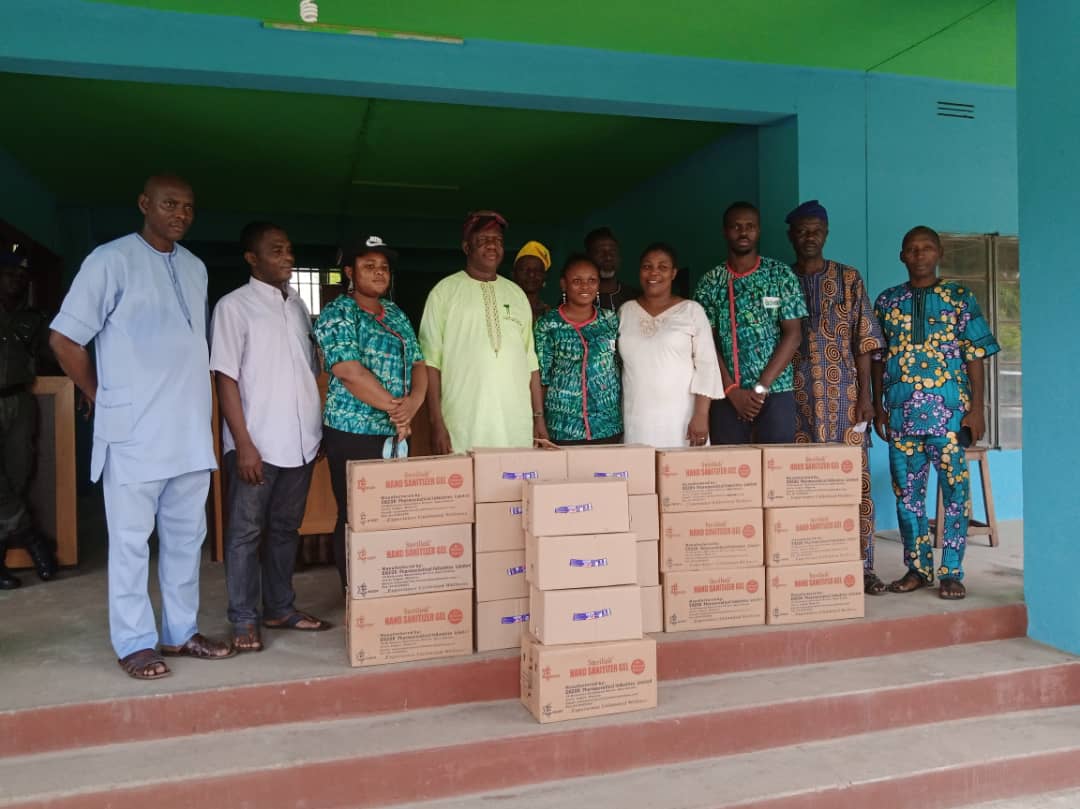 Oyo state government through the ministry of agriculture and rural development has received donations of COVID-19 protective kits and hand sanitizers from NPG Farms And Hatchery to support the state government efforts in combating spread of the dreaded virus.

The Honorable Commissioner for Agriculture And Rural Development, Hon Ojemuyiwa Ojekunle Jacob, who received the items on behalf of the state government thanked the donor for standing out to be counted among private firms in the state that has shown support to the government in this critical time.

Hon Ojekunle who was in company of top officials of the ministry during the presentation stated that the state government under the leadership of governor Makinde is working tirelessly round the clock with all stakeholders and organizations to ensure that Oyo state is secured from a larger outbreak of the pandemic.

He stressed that as laudable as the gesture was, staying away from contacts is the best form of protection against the killer disease.

He urged residents to adhere strictly to health directives and advise from government on standard precautionary practice while the world continue to search for a permanent cure to the coronavirus.

He added that Oyo state government will continue to partner and collaborate with health and medical experts, private organizations in the fight against the disease until desired result is achieved.

The items received by the state government through the honorable commissioner include 1000 pieces of (100mls) and 100 pieces (500mls) of Hand Sanitizers.

The General Manager of NPG Farms Mr Raji who led top management team of the organization to the commissioner’s office for the presentation, in his brief remark stated that Oyo state government is doing a lot to curtail spread of the virus noting that the gesture was his organization little support to the fight against COVID-19 in the state.