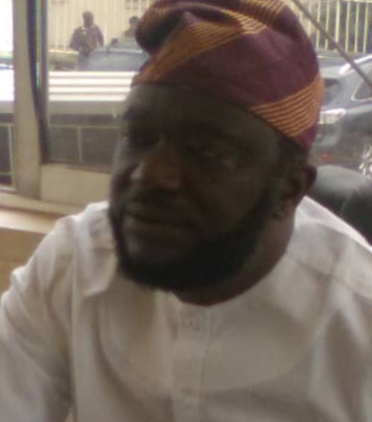 The Oyo state government through the Mineral Resources Development Agency has finally resolved and put an end to the 13 years age long crises between Miners Association Of Nigeria, Oyo State chapter and Union Of Tippers And Quarry Employers Of Nigeria, which bothers on revenue collection.

The Executive Chairman of Oyo Mineral Resources Development Agency Mr. Abiodun Oni, while addressing executive members of the two associations last weekend at the state capital, stated that the state government is particularly concerned by the unending rift between the two bodies because it is capable of snowballing into a more complicated situation that may hamper government revenue collection from the associations if not quickly resolved.

Mr. Oni added that the present administration under governor Seyi Makinde is only interested in peace and harmony among all associations and unions doing business in the state adding that it is only in a peaceful environment that business thrives.

The General Secretary of Miners association of Nigeria, Oyo state chapter otherwise called Abulesowo parapo, pastor Fisayo Odubayo in his remark praised governor Makinde for his foresight towards making the move to resolve the age long crises that has lasted 13years adding that the peace meeting has successfully put to an end the rift between the two associations. He stated further that miners association Oyo state chapter is ready to work together in harmony with UTQEN henceforth so that the government’s drive towards improving on its Internally generated revenue base can be achieved adding that government should be kind enough to fix most of the bad roads leading to quarry sites in the state.

The Oyo state financial secretary of Union of Tippers And Quarry Employers of Nigeria (UTQEN), Comerade Olowotutu Waziri who spoke on behalf of the union’s state chairman Alhaji Adewale Wasiu Yekini popularly called Oluaye, thanked governor Makinde for showing such high level of commitment towards peace adding that the union has resolved to reciprocate government efforts by working in harmony with miners association of Oyo state.

Mr. Oni in his remark expressed satisfaction with the outcome of the peace meeting adding that as long as all business associations and unions in the state perform their responsibilities diligently by been faithful to its obligations to the state government, the state government is committed to also provide the enabling environment for their businesses to thrive, he assured that all their concerns concerning infrastructural deficits will be conveyed to the governor.