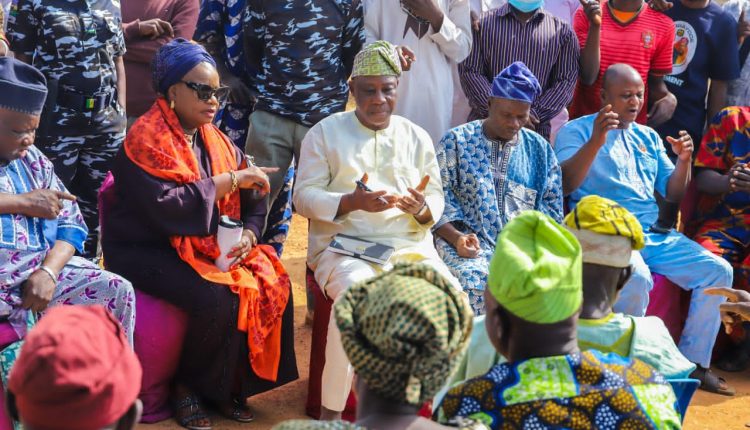 The re-election of Governor Seyi Makinde, the PDP governorship candidate, in the 2023 election have received a boost ahead of other Oyo governorship candidates as Binukonu Food Stuff Dealers Association, the umbrella body for food stuff sellers in Oyo state have declared support for the incumbent governor and his Deputy Barrister Bayo Lawal. 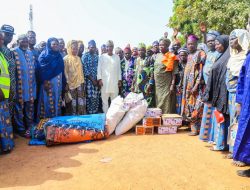 The group said it had come to personally ask the deputy governor of Oyo state, Barrister Abdul-raheem Adebayo Lawal, for help in getting their association recognition and acknowledgement of the association by the state government alongside other associations.
He added that they were moved by the governor’s admirable leadership and hoped their request would be met with the deputy governor as he was in a position to do so.

According to the group chairman, the association was established in 1968, but due to a lack of follow-up by the founding fathers, they were unable to ensure that the group is recognised.

He expressed optimism that their meeting with the deputy governor will address their demands, allowing them to participate in state activities and become a part of the government.

The chairman, who mentioned that members from other local governments would have been present but for the holiday season, further revealed that Governor Seyi Makinde’s administration is the government of the people and has been very concerned with everyone’s affairs, especially the prompt payment of workers salaries as well as Members of Egbe Oloja who are also benefiting from his administration.

According to him, Seyi Makinde is the PDP candidate that the members of marketers, particularly Binukonu association in Oyo state, have decided to support due to the governor’s strong leadership.

He continued by saying that their vote in favor of Governor Seyi Makinde for a second term was a unanimous one, with members from Iwerele, Ibarapa, Ibadan, and the entire state of Oyo supporting them.

However, in his remarks, the deputy governor, Barrister Bayo Lawal, intimated that he would attend to their needs because their problem fell under his purview after looking through their registration book.

He noted that the association should work out modalities that will make them benefit more from their business interactions from customers who come from all over the country.

How many farmers are buying jeeps or making good money in spite of their enormous efforts, he asked. However, he pledged to work with the association to create regulations that would benefit all members, and also urged the association executive to do the same.

Lawal added hat the current administration is the people’s government and that he is pleased with their decision to work for the party’s success.

“I can tell you that Governor Makinde will be aware of your demands, and I will also meet with His Excellency to discuss how we will address your problems.”

Lawal further stated that he would meet their needs promptly by speaking with the Commissioner for Agric and the Agric Credit Coperative’s management. He also work with relevant agencies to work out how loans will be made available to members of the association.

“However, we have taken note of your request for a vehicle, and you should be aware that other things you couldn’t possibly ask for would also be worked on to improve your welfare. The current government is a government of the people.

“The state roads, particularly the Igboho-Kishi road, would be fixed, and I can assure you that the government is already working on other road networks for agribusiness to thrive.”

Lawal made a strong appeal to the association to mobilize for the success of the PDP in the upcoming general elections in 2023, stating that with their sole support, victory is guaranteed. Lawal also stressed the importance of making sure that the party’s candidate is voted for in order to ensure an easy victory for the governorship election.

He then urged them to get their PVC ready and also make sure that their family embers also get it so that the victory of the party at the poll will make the government to address their demands.

Similarly, the deputy governor also hosted Party stakeholders and members from Oke Ogun to a new year’s party in his Kishi home.