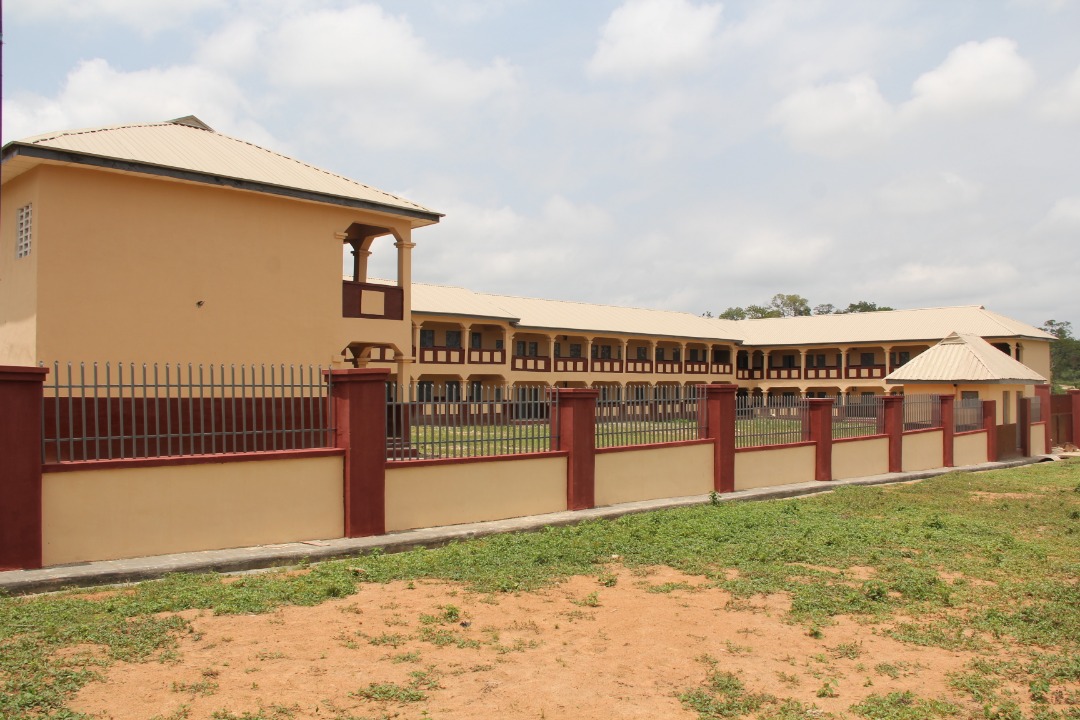 By Lere Omoetan On Aug 8, 2019
0
Share
…promises Model school at Command Science Sec. Saki
Oyo State Government has commended contractors handling various on-going UBEC/SUBEB intervention projects in Oke-Ogun region for the unprecedented level of performance.
The Chairman, Oyo State Universal Basic Education Board, Dr. Nureni Aderemi Adeniran made the commendation during an on-the-spot assessment visit to some on-going project sites in the 10 Local Government Areas in the Northern part of the state.
According to him, the government was using its resources as counterpart fund to construct projects that would provide conducive learning environment for children across the state.
“We hope to entrench a lasting legacy in the area of basic education, by providing good learning environment for these children”, he said.
The Chairman posited that the projects would go a long way in promoting the socio-educational development of the state, adding that some of the projects, including four (4) Model Schools, would be ready for usage in the next academic session.
“This is why Governor Seyi- Makinde in his wisdom has decided to ensure that quality work is provided by all contractors”, he added.
Meanwhile, during the inspection, Dr. Nureni Adeniran announced that the State Government would site a Model school at the Command Science Secondary School, Saki.
He said the State Government would make provisions for this in the 2019 intervention funds, as part of Government’s contribution to the development of education in the region.
While enumerating the level of performance of the projects, which he said was eighty percent completed and ready for commissioning, the Chairman assured members of the public that most of the projects would be ready for use by next session.
Among the schools visited were St. Paul Ang. Pry. sch. Okutapemo, Anwaru-Islam Jnr. High School, Iseyin, Awoyemi Commercial High School, Okeho.
Others include LA Pry School, Olele; First ABS Basic School, Gbelekale Ilero; Muslim Community Pry School, Isale Alfa, Saki; Command Science Secondary School, Saki among others.
0
Share FacebookTwitterGoogle+ReddItWhatsAppPinterestEmail