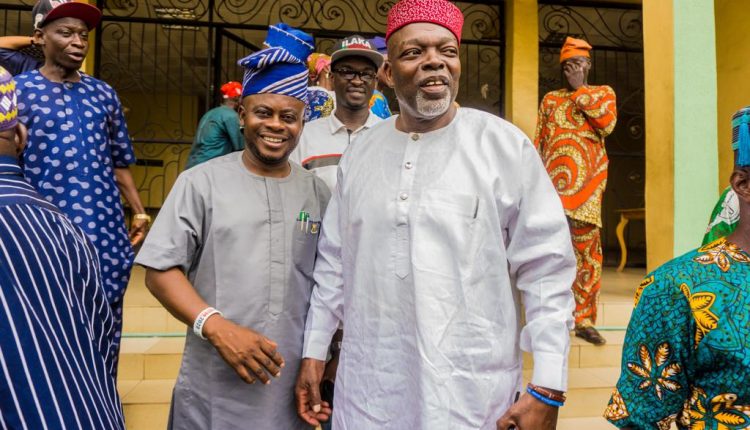 The Executive Chairman of Egbeda Local Government, who also doubles as the ALGON Chairman in Oyo State Hon. Sikiru Sanda has declared that party Stakeholders in Akinyele, Lagelu, Ona Ara, Oluyole and Egbeda have gotten the Mandate to ensure that Chief Bisi Ilaka emerged as the Senatorial Candidate for Oyo Central at the Primaries that will hold on Monday 23rd May 2022.

Hon Sanda made this declaration at a Stakeholders meeting with Ilaka, last Monday in Ibadan. He noted that the mandate they have as a party is to deliver Chief Bisi Ilaka as the Senatorial candidate representing Oyo Central Senatorial zone, when the primary is conducted. He said all Executive, Party and ward Chairmen, councilors and everyone with the right to vote at the primary have been Mandated to vote for the Oyo Born Politician.

Hon. Sanda noted further that Ilaka’s antecedents makes him the right choice for the people of Oyo Central, He assured that Ilaka will not disappoint.

Chief Bisi Ilaka had earlier noted that the meeting affords him an opportunity to reiterate that he will always make himself available to members of his Constituency when he becomes Senator representing Oyo Central. 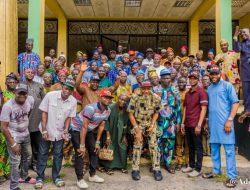 He indicated further that he will be committed to meeting with the party stakeholders regularly as a Senator, He said” This kind of meetings will be regular when I become a Senator, as it will afford me with the opportunity to get feedback from you, these feedbacks will go a long way in helping me give Oyo Central Senatorial zone the kind of representation it will deserve at the Senate” . Ilaka who is a London trained lawyer appreciated the the Chairmen for the vote of confidence in him and promised he will not disappoint.

The meeting which was well attended had the Executive Chairmen of Egbeda and Lagelu, Hon Sikiru Sanda ALGON Chairman and Kazeem Gbadamosi respectively in attendance.

Also present at the meeting are the Party and Ward Chairmen in Akinyele, Lagelu, Ona Ara, Oluyole and Egbeda. Party leaders and other Stakeholders also attended.