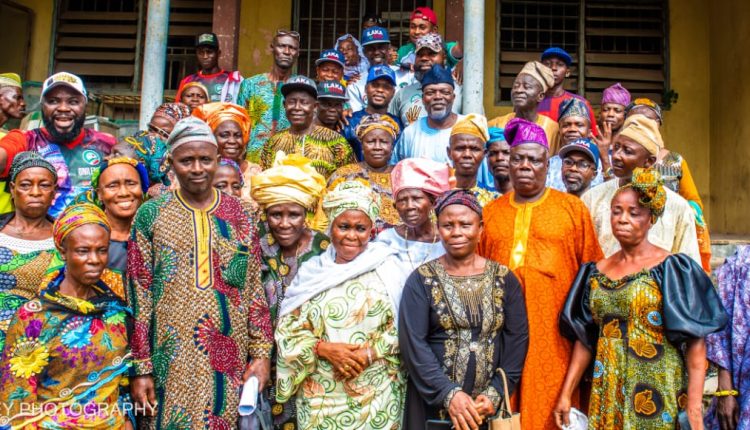 The People’s Democratic Party (PDP) candidate for Oyo Central Senatorial District, Chief Luqman Oyebisi Ilaka, has pledged that he will remain open and very accessible to various interest groups in Oyo Central through steady and consistent interactions to ensure that their needs are met as they arise.

Ilaka gave this remarks when he held a strategic meeting with the leadership of Market men and women in Oluyole federal constituency yesterday. He noted that he came to solicit their votes not just for himself but for all PDP candidates, he assured them of his readiness to work closely with them to ensure they enjoy the benefits and dividends of democracy, once he assumes office.

In his remarks, Chief Mukaila Olalere, the Babaoloja of Oluyole local government, assured Ilaka and other PDP candidates of the support of the market men, and prayed that God will bring Ilaka’s political ambition to fruition.

Similarly, Mrs Omolara Gafari Iyaloja of Oluyole local government, who spoke on behalf of the market women association, also assured Ilaka and his campaign team of support, she however remarked that more attention should be paid to the needs of women.

Other stakeholders at the event who in their separate remarks commended Ilaka for his consistency and political sagacity assuring that 2023 will be a time to reward his efforts by mobilizing aggressively for the actualization of his Senatorial ambition.

They maintained that, Ilaka, who is contesting the Senatorial seat for the fourth time has paid his dues in all political ramifications stressing that all hands must be on deck with unity of purpose to avoid any form of sabotage from any quarter.

Others are the Director General Ilaka campaign organisation Mr Success Oladejo, and other Party stakeholders.