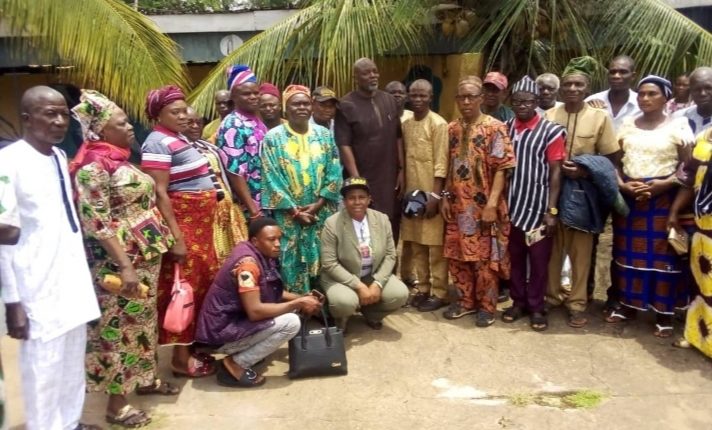 The Non-indigenes in Ogooluwa/Surulere local government areas in Oyo Central Senatorial district, under the umbrella of Brethren of Interfaith and Inter-Community Development Initiative, have assured Chief Luqman Oyebisi Ilaka Senatorial candidate of the Peoples Democratic Party (PDP) of their resolve to support his bid to represent Oyo Central Senatorial District at the Red Chambers of the National Assembly in 2023.

The group led by Mrs. Thabita Salaudeen, comprises of non-indigenes from TIV, Igala, Egede, Igbo and the Hausa communities. They gave their assurances and endorsement and endorsement to Bisi Ilaka, stating that he is their preferred candidate for 2023 senatorial election for Oyo Central. The groups gave this assurances, Thursday when Ilaka paid them a courtesy visit.

Speaking on behalf of the Tiv, Igala and others, Mr. Fransiscal Gbatar started that “the former Chief of Staff to governor Seyi Makinde is not just a candidate but a philanthropist, his impact on people’s life within the senatorial district cannot be compare with the activities of some elected leaders, he has sank several boreholes in more than 50 district and we non indigenes of Ogooluwa/Surulere are part of the beneficiaries, which we ar enjoying till date”

While describing his ‘Anfani 4 All’ Initiatives, he added that Chief Bisi Ilaka has touched so many life. “Whosoever gives water, gives life, he’s a man of integrity, dignity and honor.” he stated.

Also, Mr. Idi James added that his people has committed to support a candidate whose vision, desire and commitment will deliver greater overall dividends of democracy in Oyo Central, assuring the Oyo born politician that the non-indigenes in Ogooluwa/Surulere and Oyo central senatorial district in particular will support and mobilise massively for him, as well as all PDP Candidates and ensure that they emerge victorious at the polls in 2023.

In his remarks, Chief Bisi Ilaka appreciated the support and endorsement from the non-indigene emphasising that he is coming to offer quality representation for the people of Oyo Central.

He charged them to keep their PVCs as it remains the only way to make their voice heard. He also promised them that he will work at a robust relationship with necessary agencies to attract federal projects to Oyo Central senatorial zone.