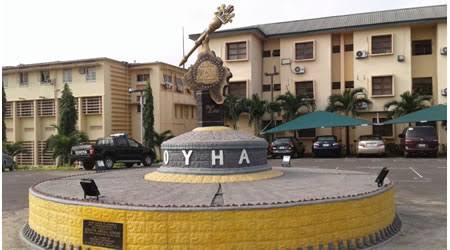 The Oyo State House of Assembly has set up a 5-man Adhoc committee to urgently investigate the alleged killing of one Peter Okafor, a 15 year old by Amotekun Operative.

Sunrisebulletin reported last week that a 15 year old teenager was shot dead around Uncle-Joe area of Mokola in Ibadan at the early hour of Wednesday 18 of August.

The deceased family and other Community leaders after outrage and protest by angry youths from Mokola Community at the state Secretariat, reportedly appealed to Governor Seyi Makinde of Oyo state to urgently wade in and ensure the matter is not swept under the carpet even as the family demands for justice.

This news medium reported further that the family berated the outright denial of involvement by the Oyo State Amotekun Corp in a reaction to the killing describing the statement by Oyo Amotekun Commander as insensitive and regrettable saying that the family has all the evidences to counter the state security outfit.

The family head and grand patron of Enugu state indigenes resident in Oyo state, Chief John Idoko, in an interview with newsmen described Makinde’s commitment to security in Oyo state leading to the birth of Amotekun Corp as ‘genuine and in the interest of public good’ stressing that Oyo state Amotekun’s outright denial of the incident without thorough investigations before making an official statement negates Governor Makinde’s genuine intention for setting up the security outfit.

The House of Assembly as a move to wade into the controversy has set up a five man adhoc committee saddled with the responsibility of unraveling what truly transpired with a view to profer justice to all parties involved.

Lawmakers in their separate contributions to the motion condemned the killing and urged the House to thoroughly investigate the matter and ensure justice is served.

The Speaker, Adebo Ogundoyin, in his remark condemned the killing and assured that the House will get to the root of the matter.

Ogundoyin however, set up a five man adhoc committee to be chaired by Honourable Akeem Obadara. He ordered the committee to ensure thorough investigation and report back to the House on 31st August, 2021.