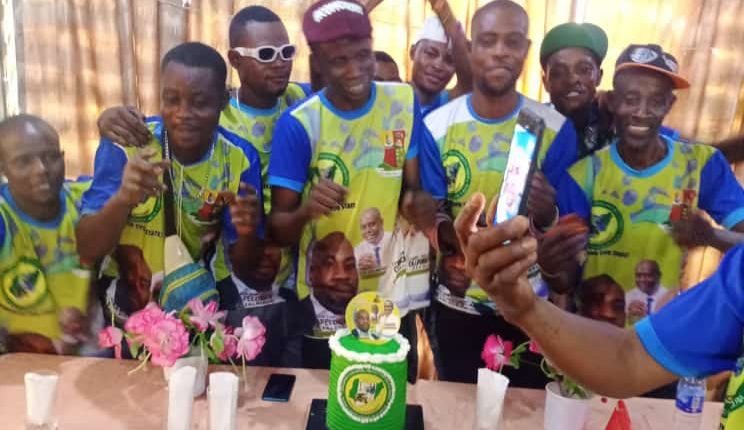 The Amalgamated Commercial Tricycle and Motorcycle Owners Repairs and Riders Association of Nigeria (ACOMORAN), Oyo State Chapter, at its 2021 end of the year get-together celebration in Ibadan, the Oyo State capital, expressed the Association’s appreciation to the state Governor, Seyi Makinde and his close ally, Otunba Seye Famojuro over the what was described as a newly thriving business environment.

The umbrella body of all commercial Tricycle and Motorcycle riders in Oyo state also used the occasion to celebrate its state Chairman, Comrade Solomon Olugbode’s first year in office anniversary as the state chairman. The Association noted that Olugbode’s tenure has been characterized with unprecedented peace and success of members.

While delivering his address at the Association’s State Secretariat in Ibadan on Tuesday December 28, Olugbode who specially thanked the Chairman, Oyo State Park Management System, Alhaji Mukaila Lamidi otherwise known as Auxillary for his various reforms in the state transport sector, expressed his appreciation to Makinde for creating an enabling environment for ACOMORAN’s business in the state to thrive.

Olugbode said the street light under Makinde’s Light Up Oyo Project has enabled residents to move around in the state at night more especially within Ibadan metropolis without any darkness on the roads for criminally minded persons to perpetrate crime and criminal activities.

Olugbode also expressed gratitude to the National President of ACOMORAN, Alhaji Apelogun Samsudeen popularly known as “ALL ROUNDER” for his support and leadership style which according to him has endeared the association to a more appealing corporate identity as the umbrella body of professional transporters in Oyo state.

He thanked the entire executive members and other members of ACOMORAN in the state for their cooperation and support for his administration most especially in compliance with various regulations aimed at protecting members from criminal elements masquerading as members to perpetrate crime.

While admonishing members of the association in preparedness for year 2022 which is about few days away, Comrade Olugbode advised members to remain focused, diligent and law abiding while going about their legitimate businesses. He wish all the members and the good people of Oyo State a happy and prosperous New Year ahead.

The highlight of the event was cutting of the cake to commemorate the celebration of Olugbode’s first year anniversary in office as the Oyo state chairman of ACOMORAN.