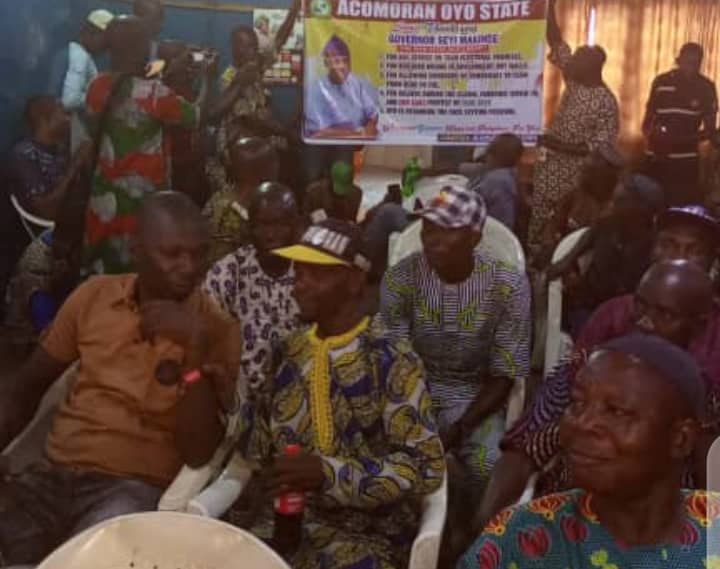 The Association gave the commendation during its State executives meeting on Friday 28th of May at the state Secretariat of ACOMORAN in Ibadan.

Speaking, the state Chairman of the Association, Olugbode Solomon who lauded Makinde’s commitment to the development of Oyo state also commended the governor for not reneging on his campaign promises to the people of the state.

He also appealed to Governor Seyi Makinde to grant the Association the autonomy it requested which he said would enable its body perform better in terms of control over its members as well as improve on remittance of tax which he noted will boost the state internally generated revenue (IGR). 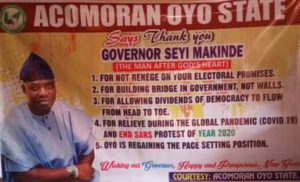 Solomon further expressed appreciations to Governor Makinde who is famously called ‘GSM’ for providing the enabling environment for the commercial motorcycles popularly called ‘okada’ and tricycle known as ‘Keke NAPEP’ in the state.

The state chairman however, implored riders to be peaceful in their conduct and be law abiding to as a show of compliment to efforts of the government in maintaining pace setting position of Oyo state in terms of public orderliness and commuters’ safety.

“Riders should consider safety on the road and be law abiding. The general public should also see okada and tricycle riders as responsible members of the society by showing respect in their communication during any form of engagements.

“We appeal to His Excellency, Governor Seyi Makinde to see us as major stakeholders in the state transport sector and give us autonomy as riders.

“Autonomy of okada and tricycle riders will help to check the unruly behavior of some riders in some parts of the state and boost the revenue generation because tax clearance for riders paying dues to the state coffers will of paramount interest to us,” Solomon said

Certificate Forgery Suit: Obaseki Reacts To His Victory At The Supreme Court