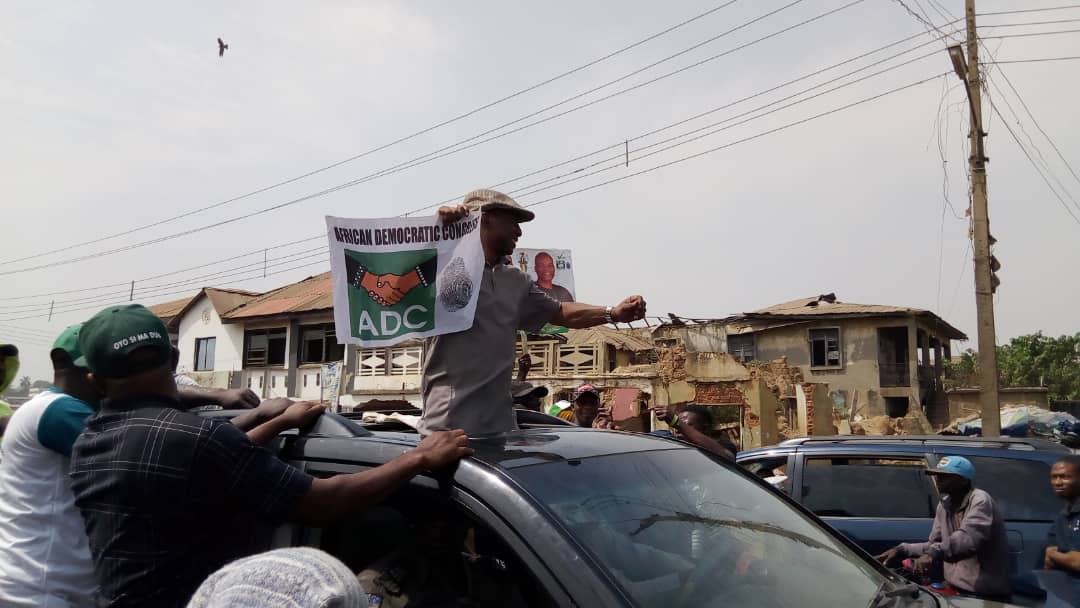 Sen Olufemi Lanlehin, the gubernatorial candidate of the biggest opposition party in Oyo State, African Democratic Congress (ADC) gave an insight into how it intends to bring smiles to the face of Oyo State suffering masses immediately he is sworn in as the Executive Governor of Oyo State.

The Director of Public Communication, New Media and Tertiary Institutions of Senator Olufemi Lanlehin Campaign Organization, Engr Akeem Olatunji, told reporters that Sen Lanlehin’s integrity, antecedents of his late father who was described by Late Chief Obafemi Awolowo as loyal, honest and incorruptible politician coupled with his own performance as former House of Representative member, former Commissioner and Senator of the federal Republic of Nigeria would form the major plank of the ADC template in delivering good governance with human face to the good people of Oyo State. 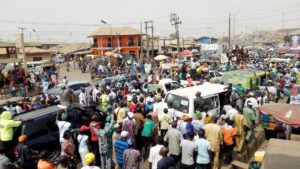 Sen Lanlehin while on the roadshow passed through Idi-Arere area of Ibadan where he saw the extent of carnage perpetrated by gangsters, this he described as one of several security challenges that Oyo State has been keeping away from the media and the outside world. While condoning with the victims and the general citizens of the state who have been living in fear, Sen Lanlehin vow to ensure adequate and effective security of lives and property once he is elected as the governor of the state.

He therefore faulted the Oyo State government over security levy they are forcefully collecting from the people and challenge the gubernatorial candidate of APC who also double as the Chairman of Oyo State security fund raising committee, Bayo Adelabu, to come out clean on his role in the disbursement of fund in relation to the deplorable security situation of the state.
Sen Lanlehin assured those who lost their investment in the carnage of his readiness to compensate them as soon as he takes over reing of governance.  The ADC gubernatorial candidate, Sen Lanlehin, at One promised to put Oje market on the world map thereby making it attractive for international business community to patronize the traditional wares and accessories on sale in the market.

He flayed the Ajimobi led APC government for making an issue out of the location of Gate Spare Part Market, he accused the APC led government of clandestine plan to allocate the age long market’s land to top members of the ruling party without considering  the biting poverty amongst residents of Oyo State and economic crisis it may cause.

Sen Lanlehin advise the traders in Gate Spare Part Market to bear their present predicament as he is poised to wipe out their tears once elected.

Good road, toilets, portable water and health facilities and revolving loans for the traders are part of plan he has in stock for the traders within one year of his administration.

Lanlehin said; “We don’t have any problem at all in ADC, We are very okay and nothing suggest that anybody leave our party because we are even stronger, bigger, peaceful, purposeful, well organized and more cohesive than it was about two months ago. Everyone is a Very Important Personality (VIP) in ADC of today and that is evident in our rallies either in Iseyin, Ogbomoso, Oyo and Ibadan. No party can boast of arrays of tested and trusted politicians in ADC fold. The likes of Sen Monsurat Sunmonu, Sen Olusoji Akanbi and Bar Bayo Lawal are some of the very few eggheads Nigeria can be proud of and that’s why we are putting them forward as our candidates because Oyo State deserves the best brains.

We expect the Sen Ajimobi and APC to go to the 33 local government areas in Oyo State and apologize profusely and demonstrate remorsefulness which they have failed to do. And they keep going to different places to organise campaign rallies to insult the people who they have impoverished through nonpayment of salaries and gratuities most especially to primary school retirees and other pensioners while the 6 state owned tertiary institutions including LAUTECH are been owed salaries ranging from ten months to 23 months.

“The ADC campaign is about one issue; the character of persons who have come forward to say he want to impose a successor. We are going to bring character of Sen Abiola Ajimobi into focus as his godson can’t be better than the worst his government is known for
And for APC guber candidate, we won’t go too far. The best way to review who you are is your boss, the person who is recommending you. Bayo Adelabu and APC have failed the integrity test to continue governing Oyo State beyond May 29 2019.
The Directo General of Senator Lanlein Campaign Organization (SOLANCO), Architect Bashiru Lawal, in his own speech emphasized the determination of Sen Lanlehin administration as from May 29th ensure that all abandoned projects are completed and the issue of diversification is given prompt attention so that Oyo State will no longer be relying on federal allocation for her survival.

The State economy will be the one that you have contribution from agriculture and from solid minerals, making solid impact in our GDP. Hence the need to vote ADC candidates in all elections.

PDP Guber Candidate Seyi  Makinde Receives Royal Blessings From The Soun Of Ogbomoso ahead of 2019 Elections.