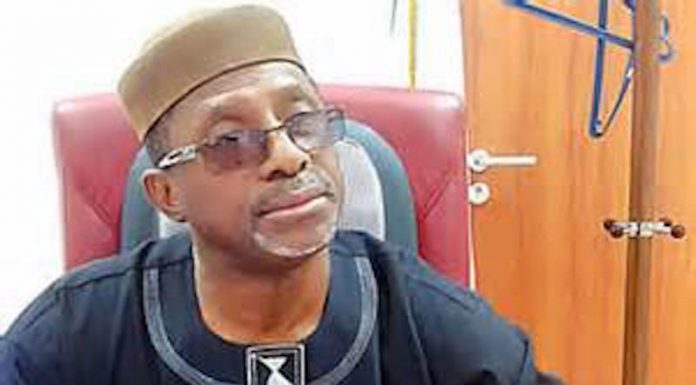 Lanlehin gave this assurance in Lalupon, Lagelu Local Government Area of Oyo State, while campaigning across Akinyele/Lagelu Federal Constituency, in continuation of his governorship campaigns round the state.

Lanlehin who berated the Oyo State government for neglecting the local councils, which ordinarily as the third tier of government, and the closest to the people, should have been at the forefront of grassroots development, called on the people to vote the ADC which, according to him, is the only party committed to improving their welfare, and ensuring their “resources work for them”.

“We will ensure the local government system operates as it should, is well funded, and is responsive to the yearnings of the people,” Lanlehin said.

“With our people centered aspirations and policy thrust, we need a local government that operates well, so our democratic dividends can reach our people quicker,” he added.

Lanlehin, who had earlier met the Council of Baales and Chiefs in the local government, promised the construction of rural roads and inner city roads, to improve the distribution of farm produce to markets, and bring development to the rural areas. The Baales and Chiefs later implored him not to forget the promises made now when he eventually wins the coming governorship election, while he assured them of maximum cooperation, respect and trust, saying, as a man of good conscience, he’ll keep close to his chest, all promises made.

“Our government will embark on people centered contracts, which employs our artisans, provides job for them, and puts money in their pockets. That way, the state’s economy is revamped, and prosperity is spread,” Lanlehin assured.

In her own words, Senator representing Oyo Central, Senator Monsurat Sunmonu, extolled the virtues of Senator Olufemi Lanlehin, describing him, “a perfect gentleman, a man of integrity, and a lover of the people.” Senator Sunmonu informed the gathering that for a man like Lanlehin, with political experience cutting across the three arms of government, who has a clean record, and is totally free of any corruption charges, supporting him is the best decision any lover of the people can take.

Decampees from APC, ADP, ZLP and PDP numbering about 3000 were later received into the ADC fold by Senator Lanlehin, who welcomed them into the “winners fold”, and assured them of being carried along in the grand scheme of things.

In a related development, Lanlehin’s governorship campaign organisation is to be formally inaugurated on Thursday, 17 January, 2019, at JOGOR Centre, Ibadan.

In a statement by the organisation’s Director, Media, Publicity and Protocol, Lanre Ogundipe, the inauguration is to set the stage for an organized, structured and coordinated campaign, and to ensure the SOLAN Agenda is better articulated. Ogundipe added that leaders, supporters and loyalists of Lanlehin and the ADC were expected at the event.