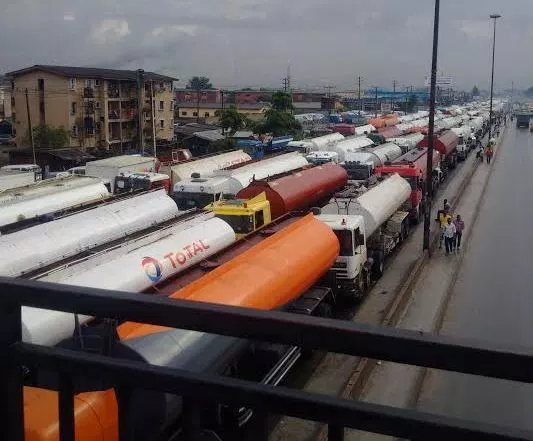 Depot and Petroleum Products Marketers Association (DAPPMA) on Sunday said the unpaid subsidy arrears of over N650 billion by the federal government posed huge financial challenges to the downstream operations.

DAPPMA Executive Secretary, Olufemi Adewole, told the News Agency of Nigeria (NAN) in Lagos that the settlement of the debts owed them would save their assets from being taken over by banks.

Mr Adewole said the downstream segment of Nigeria’s petroleum industry was fast becoming unattractive to lending institutions owing to rising debt profiles of its players on account of unpaid subsidy arrears by government.

“This is posing a huge financial challenge to oil marketers and threatening business survival,” he said.

He said over 60 per cent of marketers had been forced out of business as banks had taken over their assets (depots and other investments) due to their inability to pay back funds borrowed.

According to him, aside marketers that have been forced out of business, others are struggling to survive due to the government’s inability to settle the subsidy arrears.

The development, he said, had been threatening investment in the downstream sector.

The DAPPMA scribe said although the federal government had made an arrangement to clear the debts, payment had not been received by marketers.

He said: “It has had very adverse effects on our operations. I am aware of four depots that have been forcibly taken over by banks because they got injunctions from the courts.

“They did so the moment they heard that the National Assembly had approved payment to marketers. Unfortunately, as at today, the money has yet to get into our accounts.

“Some marketers had to lay off more than 90 per cent of their staff because of financial challenges.’’

Mr Adewole, however, said government had promised that part of the money would come as promissory note and cash.

According to him, the information gathered is that government may pay only in promissory note.

“It means you have to go back and discount this promissory note in the bank. This means we are losing because the money has been delayed and this adds up the interest to be charged on our accounts.

“Really, what was approved to be paid is not the actual amount the government owes us.

“The interest came about as a result of devaluation of the naira from N197 to N285 to a dollar,” he explained.

It would be recalled that the Chairman of the Major Oil Marketers Association of Nigeria (MOMAN), Andrew Gbodume, had on October 18, said that over N130. 7 billion was owed to the association as unpaid subsidy arrears.

Mr Gbodume said that the unpaid debts was posing serious financial challenges to the downstream sector coupled with its inability to attract more funds from banks which had yet to get back their loans.

“With the fast eroding goodwill of the sector and inaction of government to effect payment of ‘cleared’ subsidy arrears, most downstream players are currently experiencing contraction of operations occasioned by reduced capacity.

“We appreciate the efforts of the National Assembly, but the non-payment creates a significantly negative impact on the operational efficiency of the downstream sector of the oil industry.

Mr Gbodume added: “We can’t pay salaries and staff reviews in terms of emoluments cannot be done because of this sum owed us.”

He said the current business model in the downstream sector was unworkable and unsustainable, adding that the future system of product supply needed to be looked at.

Re: May I not be buried in Ukana, if Emmanuel defeats Ekere.