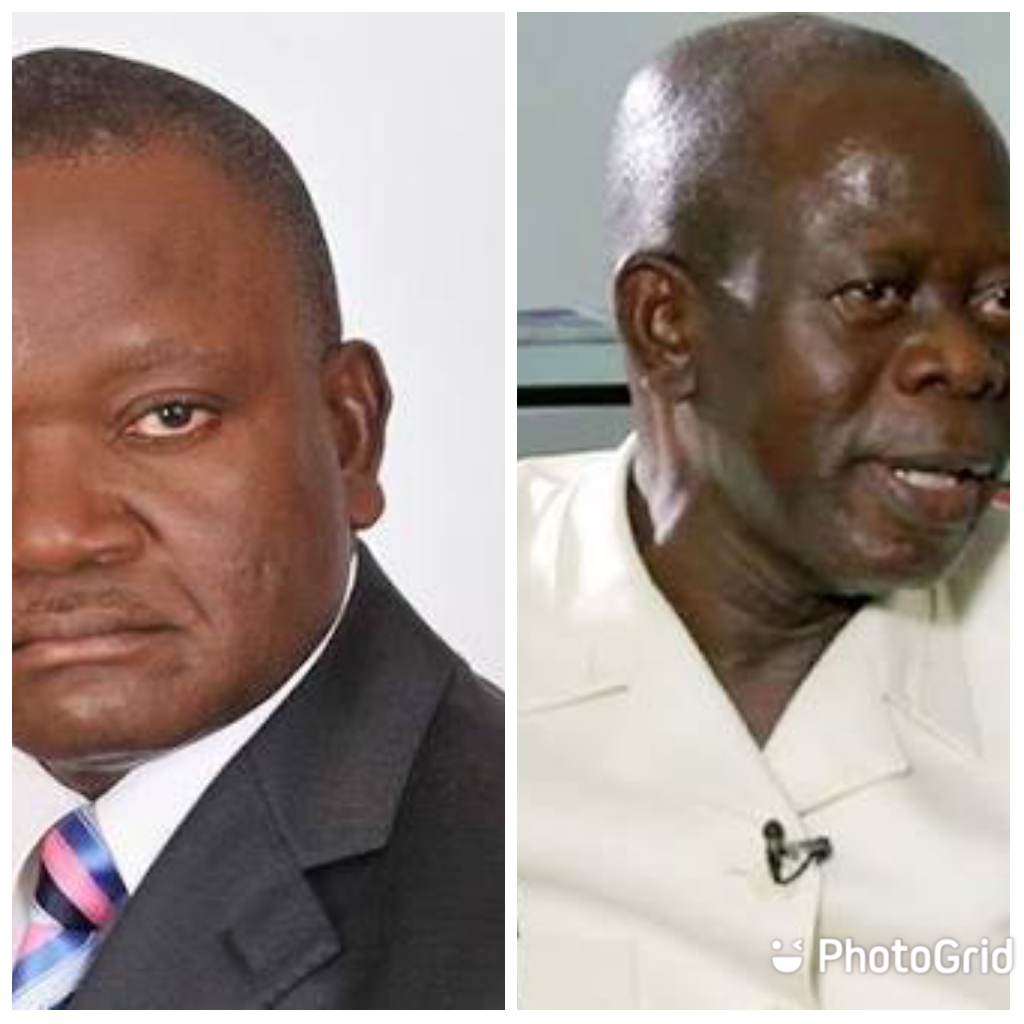 A report by Daily Sun indicates that the former national chairman of the All Progressives Congress (APC), Comrade Adams Oshiomhole on Tuesday, October 13, sought for an out-of-court settlement in the N10 billion libel suit that was filed against him by Benue state governor, Samuel Ortom.

Governor Ortom had filed the libel suit against the former APC chairman over his comments against him in an APC sponsored press conference held in July 2018.

Oshiomhole had accused the governor of having a hand in the death of two Catholic priests and other parishioners at Mbalom Community, Gwer East local government.

Governor Ortom had filed the suit in 2018, and according to Oshiomhole during the press briefing, one of the priests had preached a ‘very critical sermon’ against the governor before that attack.

The attack on the parish had sparked outrage in the country especially among the Catholic community. It also culminated in widespread protests by the Catholic faithfuls in Makurdi and the nation’s capital, Abuja.

It is believed that some killer herdsmen who had laid siege in Benue and perpetrated several havocs were responsible for the attack on the church.

Before the attack, Governor Ortom had been vocal about the presence of armed herdsmen in Benue communities, but he was largely ignored by federal authorities.

When the case resumed for definite hearing, counsel to Governor Ortom, Samuel Irabor told the court that he was ready to call his witnesses, but that Oshiomhole’s counsel had informed him earlier that they have considered putting up a retraction of the publication and that it would be ready within a week.