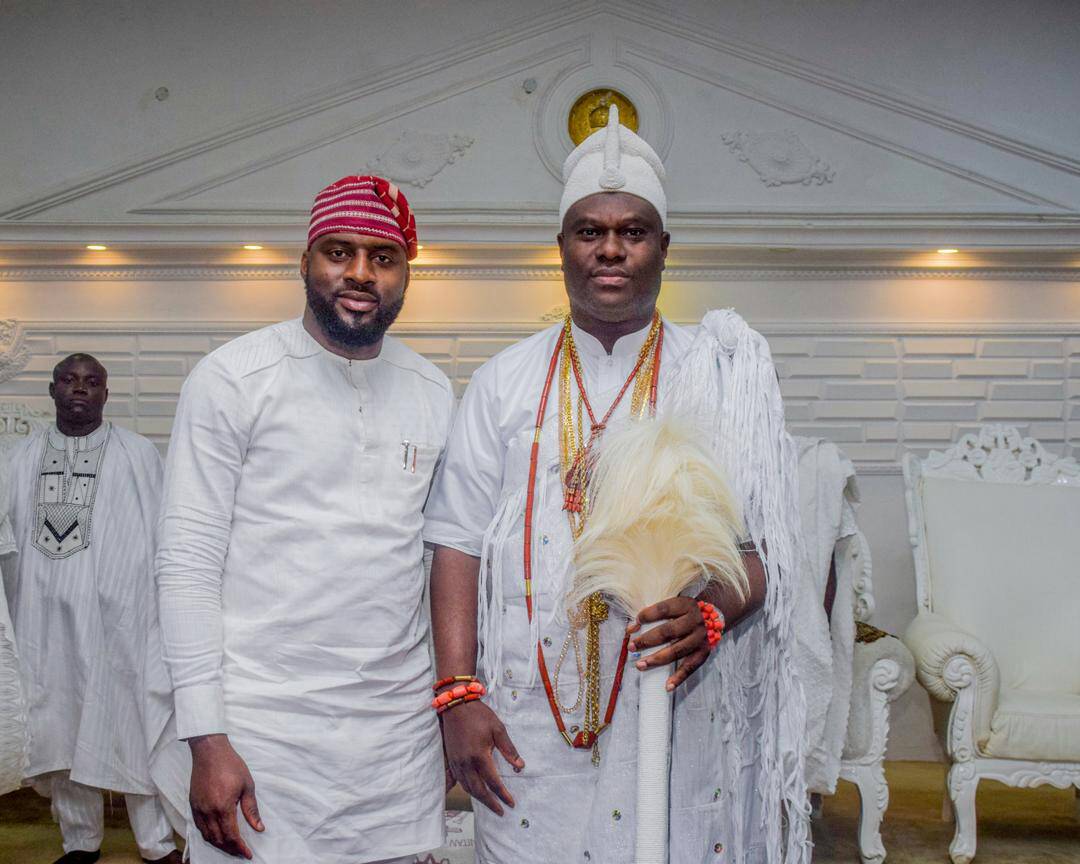 The Alayeluwa Ojaja the second, His Imperial Majesty, OOni of Ife,Oba Adeyeye Ogunwusi has charged the Speaker, Oyo State House of Assembly, Hon Adebo Ogundoyin and other young speakers across the country to change the narrative of governance in Nigeria by doing it well and advancing democratic ideals in the best and acceptable way.

The Imperial Majesty gave the charge at his palace in Ile Ife, Osun state while playing host to Speakers from Plateau ,Zamfara , Kwara and Osun states led by Hon Ogundoyin of Oyo state.

Oba Adeyeye said the young speakers who are in their early thirties must justify the “Not too young to run” policy by injecting fresh blood in the nation’s polity and displaying good leadership qualities to further lead the youth to political prominence and prosperity.

The Ooni who said he would continue to celebrate the young speakers and other young Nigerians who are appointed or elected into political positions urged them to ensure the project of Nigeria of our dream starts with them.

The Oba particularly commended the Oyo state Governor,Engr Seyi Makinde for setting the pace for the involvement of youth in politic in Nigeria especially with the appointment of a twenty-seven year old ,Mr Seun Fakorede and others as commissioners in the state.

In his remarks , the Speaker Oyo state house of Assembly, Hon Adebo Ogundoyin said the speakers under the “Not too young to run policy” have been working and relating together for the involvement of more youth and women in the Nigerian politics.

Hon Ogundoyin promised to partner with the Ooni of Ife on his various educational and youth empowerment programs which targeted over eighteen thousand young Nigerians across the country.

The Oyo state Speaker called for more investment in education to help the country address the different challenges confronting the nation.

Other speakers who spoke at the palace of the Ooni said they were happy to visit Ile Ife believed to be the ancestral home of the yorubas and assured the traditional ruler of their resolve to justify election into.political offices.

The Oyo State Commissioner for Youth and Sports, Mr Seun Fakorede in.short presentation at the palace of the Ooni urged all youth to rise up to the challenge of leadership while also.challenging Nigerians and indeed Africans to start writing their stories themselves adding that it was time bad history already documents for the nation and the continent is corrected.

Some other lawmakers from the five state houses of Assembly accompanied their various Speakers to the palace of the Ooni of Ife.

The visit was also to celebrate the birthday of the royal father which comes up in few days.