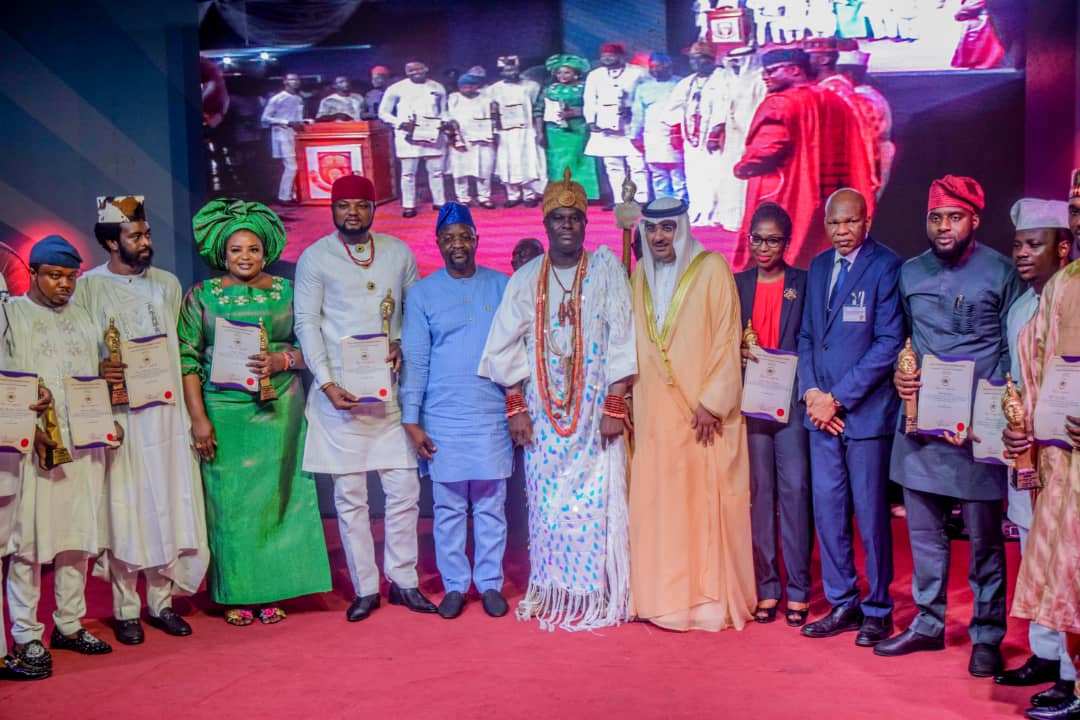 The Speaker, Oyo State House of Assembly, Rt. Hon Adebo Ogundoyin has been celebrated and honored with Royal African Medal by the Royal African Young Leadership Forum of His Imperial Majesty, the Ooni of Ife, Oba Adeyeye Enitan Ogunwusi, Ojaja the second.

The Speaker was among one hundred young Nigerians honored by the Ooni for their outstanding feats in their chosen careers at a program held at the Oduduwa Hall of Obafemi Awolowo Univery,Ile Ife.

The award was handed over to the Speaker by the Minister for Youth and Sports Development, Mr Sunday Dare and flanked by the UAE Ambassador to Nigeria, Dr Fahad Obaid Mohammed Al- Taffaq. 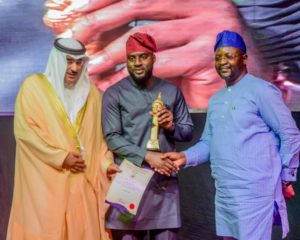 By this award, Hon Ogundoyin has been inducted into the prestigious Royal court.

The Ooni said Hon Ogundoyin was specifically chosen and honored for his amazing governance and leadership qualities and acumen as well as for being a good representative of millions of young Nigerians home and abroad.

His Royal Majesty noted that the emergence of Hon Ogundoyin as one of the youngest Speakers in the political landscape of the country and others like him has changed the narrative of politics in the country.

“It is gratifying that a new spirit of governance, leadership, creativity and entrepreneurship is evolving. Sincerely, this is the “Africa of the Future”. Our continent has perhaps one of the highest population of young people and we are poised to tap into their relentless spirit, unquenchable energies and ambition through various spectrums for the overall growth of our nation, Oba Adewusi said.

While appreciating the honor bestowed on him by the Royal African Young Leadership Forum of the Ooni , Hon Ogundoyin explained that the initiative of His Imperial Majesty was another timely impetus which will further help and strenthen him in navigating the political terrain of Nigeria and changing the narrative of governance in the country.

The Speaker noted that honoring one hundred Nigerian youth was another testament and demonstration of the resolve of the Ooni of Ife to use his royal office to redefine and repackage Africa to the world civilization, governance, leadership, and culture.

“This honor will inspire me and millions of youth in my category who are future generations of our nation not to be discouraged in the task of transforming, reconstructing and recreating a new social, economic and political frontier for Nigeria so that we can take and occupy our rightful position as the giant of Africa” The Speaker added.

” I am dedicating this award to the teeming African youth who are bubbling with requisite skills and abundant knowledge to change the world, the youth in Nigeria especially those who benefitted from the “Not too young to run”, the good people of Oyo state, my constituency and the Oyo state government in particular. ”

He used the opportunity to challenge other youth in the country to bring out the potentials in them so that they not only lend their voices to issues in the country but they also take up leadership positions and roles which we further help them to be relevant in the scheme of things.

Also honored alongside the Speaker were Hon Yusuf Oladeni Adebisi and Hon Owolabi Olusola who are all members of the Oyo state ninth Assembly while the Oyo state Commissioner for Youth and Sports, Mr Seun Fakorede equally received award at the ceremony.