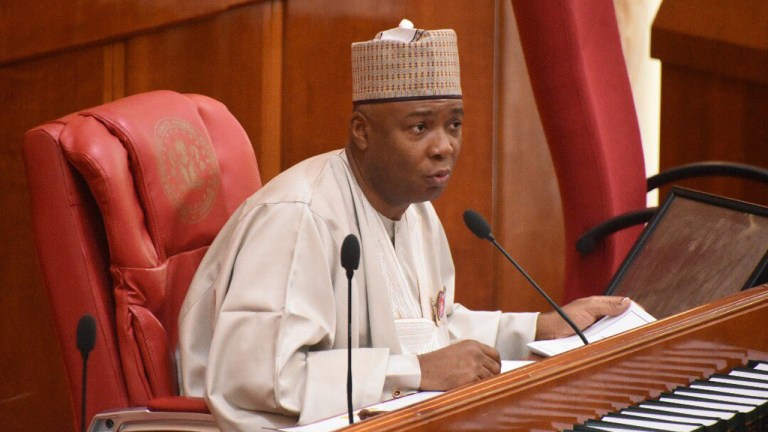 Senate President Bukola Saraki has described the suspension of the Chief Justice of Nigeria, Walter Onnoghen, by President Muhammadu Buhari as a coup against democracy.

In a statement he personally signed, the Senate President said the suspension was another act of desperation by President Buhari.

Mr Saraki said Mr Buhari acted outside the provision of the constitution and that the action amounted to gross misconduct.
Mr Buhari in a statement on Friday said he suspended Mr Onnoghen based on a Code of Conduct Tribunal order.
Shortly after the suspension, the president swore in a new CJN, Ibrahim Mohammed, from Bauchi State.

The removal has continued to elicit reactions from Nigerians who believe the president has no such powers to remove a CJN from office.