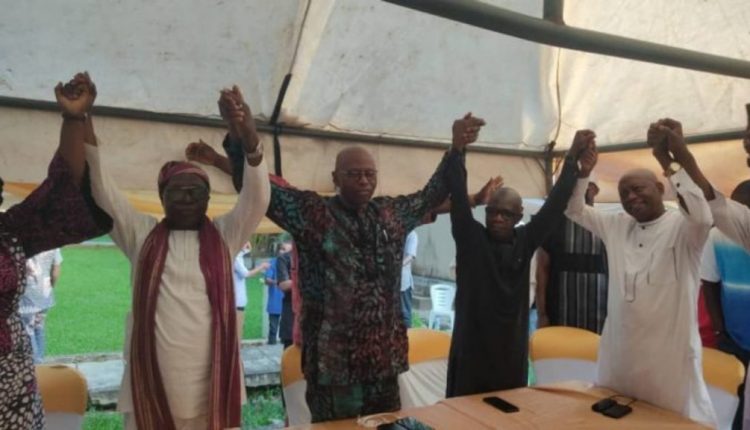 Stakeholders of the Zenith Labour Party (ZLP) in Ondo State have reportedly resolved to join the Peoples Democratic Party (PDP).

The resolution to join the PDP was reached at a meeting at the Ondo town residence of the national leader of the ZLP Dr. Olusegun Mimiko.

This is the third time Mimiko will defect to the PDP.

The former Governor, who held a closed-door meeting with four Governors of the PDP led by Oyo’s Seyi Makinde, said the ZLP was being invited to join the PDP to rescue the country from the brink of insecurity.

He explained that the meeting was to intimate members with outcomes of series of interactions with PDP leaders on the invitation extended to him.

The former Ondo Governor said leaders of the PDP have shown demonstrable commitment to fully integrate all willing defectors from the ZLP and accord them full membership rights in what promises to be a win for PDP members and Nigerians alike.

After deliberations, Hon Akinlaja called for a motion requesting for members of the ZLP in Ondo State to join the PDP.

The motion was affirmed by a yes vote by all present.

Mimiko was a member of the Alliance for Democracy (AD) in 1999 and served as Commissioner for Health in the late Adefarati administration.

He defected to the PDP and became Minister under former President Olusegun Obasanjo.

He was however elected Governor on the platform of the Labour Party (LP) but return to the PDP before the end of his administration.

Mimiko, known as the Iroko, defected to the ZLP ahead of the 2019 general election where he contested for the Ondo Central Senatorial seat but lost.