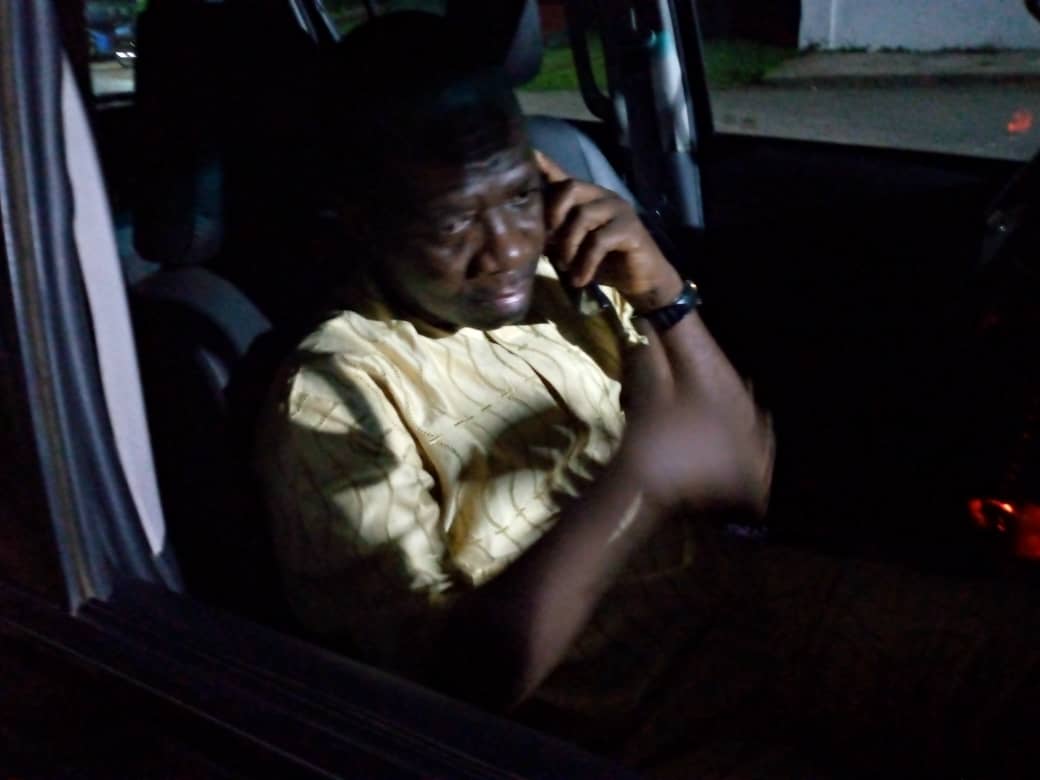 The Deputy Governor of Ondo State, Hon Agboola Ajayi was on Saturday prevented from leaving the government house with one of the vehicles attached to his office worsening the crisis between Governor Oluwarotimi Akeredolu and his deputy.

Four over four hours on Saturday evening, Ajayi was barred by policemen from leaving the government house for his personal residence within Akure, the state capital over the allegation that he has perfected plans to dump the ruling All Progressives Congress (APC) for the rival People’s Democratic Party(PDP).

The Deputy Governor who had planned to travel to Kiribo, in Eseodo Local Government Area of the state for the formal defection to the PDP from APC was prevented from leaving the governor’s house by the policemen led by the Commissioner of Police, Mr Salami

Ajayi who was flanked by two members of the House of Assembly, Mr Festus Akingbaso and Rasheed Elegbeleye was taken hostage for hours at the Governor’s house gate despite the fact that he enjoys immunity under the Constitution of Nigeria.

The security officers led by the Chief Security Officer (CSO) told the Deputy Governor that he could not move his vehicles out of the government’s house because it was late.

He said the Deputy Governor should come back on Sunday if he wanted to remove any of his vehicle outside the government premises.

The Deputy Governor however insisted that he would not leave the gate back to his official quarters unless they allow him to remove his official and personal vehicles out of the government’s house.

The two gates to the government’s house was under lock and key while the stern looking policemen were positioned at the gate to prevent the Deputy Governor from leaving the premises.

The Deputy Governor, the lawmakers representing Idanre and Akoko Northeast constituencies were left at the gate of the government’s house for more than four hours.

The Deputy Governor, however said he wanted to remove his official vehicles out of the government’s house because he no longer feels secured in the premises.
According to him, suspected political thugs have been detailed to attack him and vandalised his property at the government house once he declared for the rival political party.

The Commissioner of Police however said he took the decision because the Deputy Governor has perfected plan to dump the APC and he has no right to go to PDP with APC’s vehicles.

His words “we are not saying you should not go out. Since you are defecting, even your letter was brought to me in my office this evening that you are doing it (decamping) on Monday. What government is saying is that you cannot go out with official vehicles. This is politics, I am not saying it is right. his is government house, the governor is the one talking, give me few minutes, let me talk to my boss.”

Ajayi said “I have tried all constitutional and acceptable means to prevent this crisis. You are being used by the governor to deprive me of my constitutional right I am highly disappointed that a policeman of your caliber can be used like this.”

“I personally paid for this vehicle. You should not have put yourself in this mess. Let me tell you, you cannot repeat what happened in this state in 1983 because Ondo State people will resist you and your and your emperor with everything.”
End