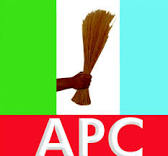 Eleven out of twelve aspirants seeking the governorship ticket of the All Progressives Congress Congress (APC) in Ondo state have rejected the indirect mode of primary adopted by the party, leaving only governor Rotimi Akeredolu, out of the arrangement.

The Independent National Electoral Commission (INEC) had on Thursday published on its website that the APC had adopted indirect mode to continue it’s Ondo governorship primary but in a protest letter signed by 11 governorship aspirants and addressed to the chairman of the APC caretaker committee and governor of Yobe state Mai Mala Buni, said if the party “act in disregard of a pending case stands the risk of the exercise carried out in contempt being declared a nullity notwithstanding the merit of the case.”

The 11 governorship aspirants said that, “having variously traversed the length and breadth of Ondo state, interfacing with party members as aspirants, “we can confidently inform you that overwhelming majority of our party members prefer Direct Primary for the nomination of the party’s candidate for 2020 governorship election.

“It is our position that adopting Indirect Primary Election in Ondo State, given the prevailing mood and circumstances is hazardous on the following grounds: Subsistence of Suit No. FHC/AK/CS/10/19 It is a known fact that the above suit was instituted by aggrieved members of the party to challenge the constitutionality and validity of the Ward, Local Government and State Executives purported to have emerged from the compromised congresses of 2019.

“The case was provoked by the complaint that those currently parading themselves as party executives at all levels in the state were singlehandedly selected outside the congresses contrary to the provisions APC Constitution by His Excellency, the governor of Ondo state and his alies.

It is the law and it stands to good logic that no party to the above suit should take any step that will undermine the authority of the court during the pendency of the suit. “It is for the above reasons and the overriding need to maximize fairness and minimize bitterness that, as stakeholders, we most humbly insist that Direct Primary be adopted as was peacefully utilized in Edo, Osun, Lagos, Oyo and Ogun States.

It will provide a level playing ground for all Aspirants and assist in no small measure in mobilizing party members to own the candidature of whoever emerges from the process. “The consequence of knowingly opening the race to all willing members of the party by allowing them to invest time, energy and huge resources only to hand over victory to one of the Aspirants by adopting a mode only favourable to that Aspirant, is too grave to imagine given the prevailing mode generally in the State and particularly