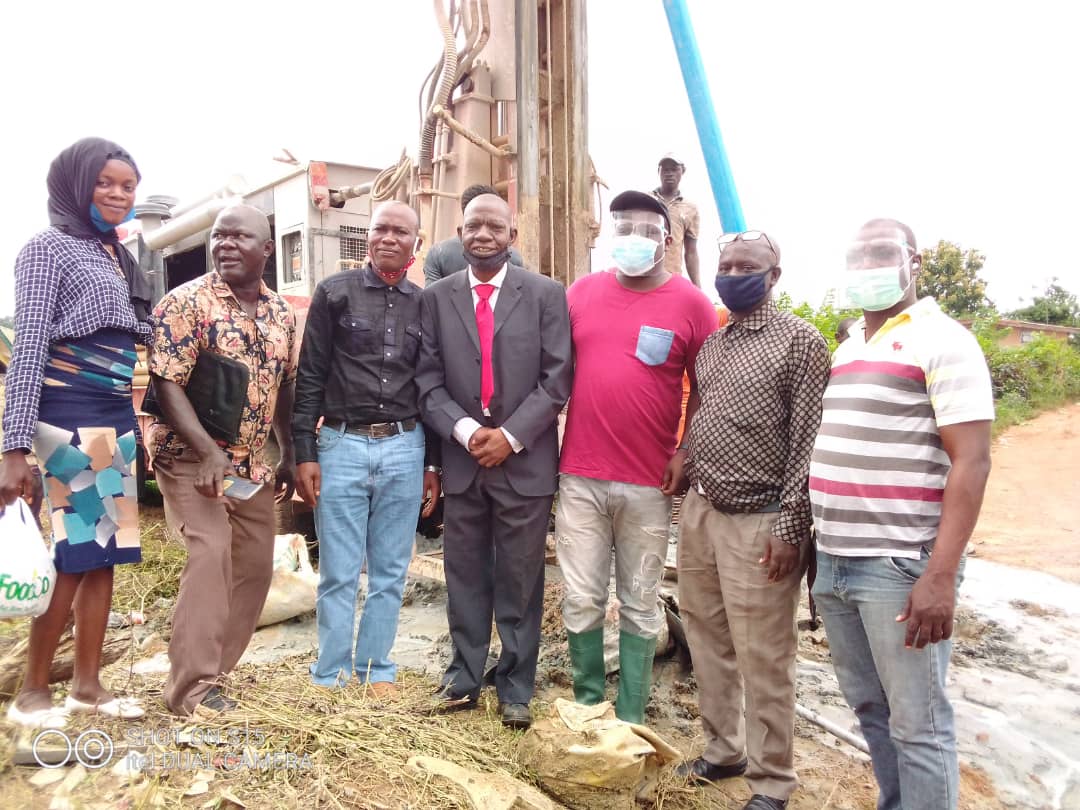 In fulfilment of one of the campaign promises of the PDP led government to make life more bearable for the people by providing basic amenities, the Caretaker Chairman of Omi-Apata Local Council Development Area, Hon Sheriff Adeojo has flagged off drilling of three boreholes.

While performing the flag off at Bakatari, the council boss said other communities that will benefit in the on-going boreholes include Ogundele Alaho and Siba.

Hon Sheriff Adeojo further stated that his administration had earlier provided a borehole within the LCDA Secretariat at Omi-Adio in order to allow staff to have access to potable water and also helped women that engage in cassava processing behind the council use clean water for their business.

In his response, Baale of Bakatari Chief Amidu Owoade Ayodele thanked Hon Sheriff Adeojo for not neglecting them in the scheme of things.

In another development, the chairman also inspected Omi-Apata LCDA 10 acres of upland rice at Akufo farm settlement. He noted that the aim is to complement the Oyo State Government under the leadership of Engr Oluseyi Abiodun Makinde’s efforts at promoting agriculture and also ensure food security.

According to him” the rice plantation will be ready for harvesting in the next six weeks for milling, we are also planning to have Omi-Apata LCDA milling factory. We are expecting 30-40 tonnes and people of Oyo State will soon have the opportunity to buy Omi-Apata LCDA rice “

He also explained that his administration has embarked on various projects such as grading of roads, dredging of streams and rivers in order to prevent flooding just to mention a few.

The chairman then promised to provide more dividends of democracy for the people of Omi-Apata LCDA.

He was accompanied by the Secretary to the LG, Caretaker members, Head of Local Government Administration , Heads of Departments and Units.