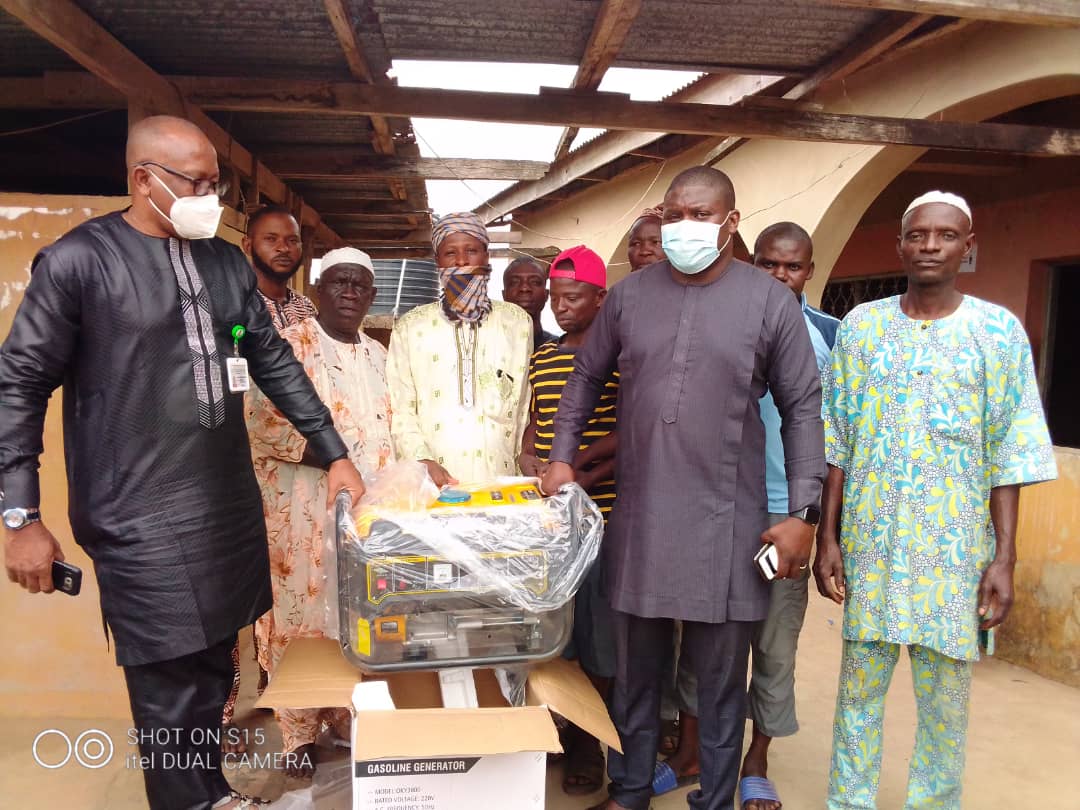 While presenting the generator to the chief imam of the mosque, Hon Sheriff Adeojo appreciated the prayers of all muslim faithfuls in the council area for the smooth running of his administration.

In his response, the chief imam of the mosque Alhaji Shuab Quadri Abiodun expressed gratitude to the chairman for fulfilling promise made few months ago and prayed for successful tenure in office.

In another development, the chairman also inspected temporary Sawmill Abanla Lade bridge with a view to construct a standard bridge for the residents of the community.

The Chairman was accompanied by the Secretary to the Local Government, caretaker members, Heads of Departments and Units.

Meanwhile, staff of Omi-Apata LCDA have commended the Oyo State Governor Engr Oluseyi Abiodun Makinde for considering workers in the scheme of things.

The commendation was given during the distribution of Oyo State palliatives to the staff of Omi-Apata Local Council Development Area.