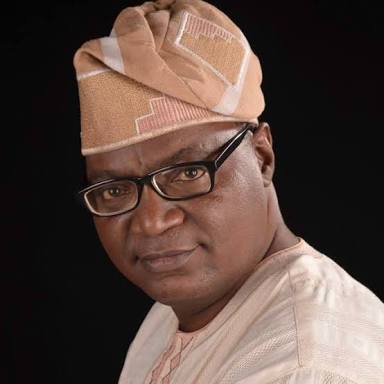 Olaniyan Mourns Hon. Kehinde Ayoola, Says He Will Continue To Live In Our Hearts.

Engr. Raufu Olaniyan has described the death of Hon. Kehinde Ayoola, commissioner for environment as shocking, he made this remark in a brief condolence message made available to the media. Olaniyan noted that Hon. Ayoola is an amiable fellow who will be greatly missed moreso at this time when his expirence is needed to shape the future of our state.

The death of Hon. Kayode Ayoola honourable commissioner for environment is rather shocking coming at a time when his experience will be needed to help in shaping the future of our state.

“Hon. Ayoola was a very amiable fellow who is committed to the development of not only Oyo town where he is from but Oyo state in general.

Ayoola will be sorely missed, we should however take solace in the fact that good people don’t die, they live forever in the hearts of those who love them.”

SAD: He Was A Loyal Friend, Dedicated To Duty — Makinde Mourns Kehinde Ayoola