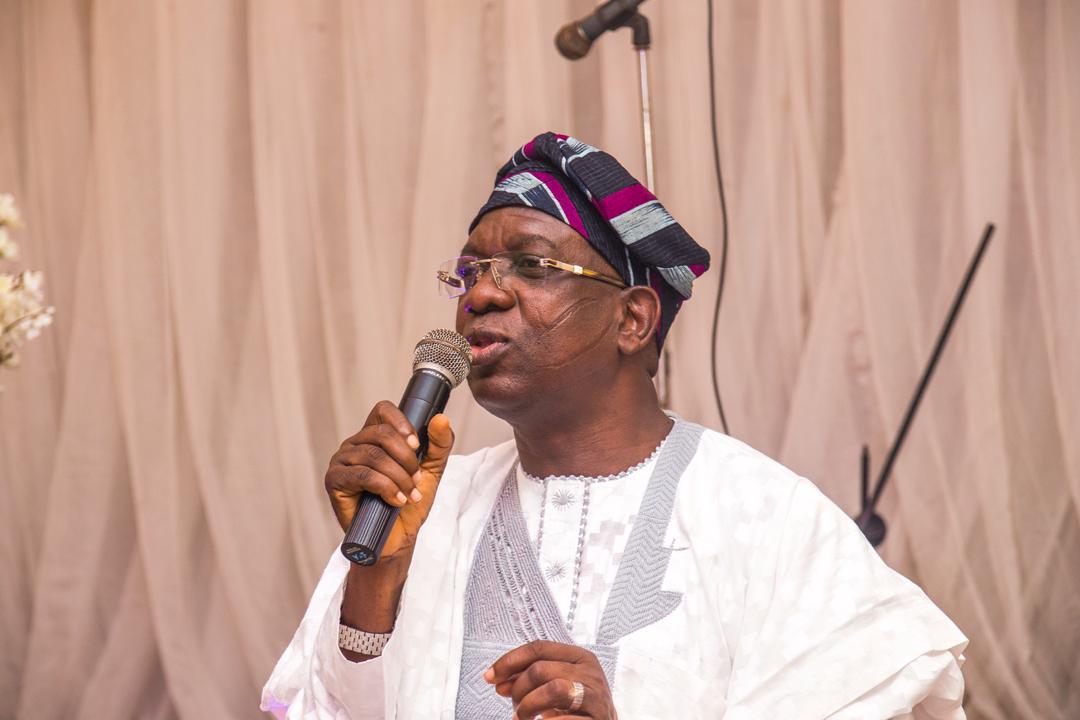 The Oyo State Deputy Governor, Engr. Rauf Aderemi Olaniyan has commended the state Governor, Governor Seyi Makinde for carrying him along in the decisions he has made so far, noting that this is unprecedented in the history of the state.

Olaniyan gave this commendation over the weekend at a reception held in his honour by the Igboho Unity Forum, a Social Cultural Association of Igboho descendants held in Ibadan.

According to him, I will be lying if I say Governor Seyi Makinde does not carry me along in the decisions and appointments he has made so far, adding that unlike the immediate past when the “Constituted Authority” was solely charged.

Engr. Olaniyan described the present government as a  government for all and sundry,  noting that they will keep to their promises just as they had sworn to ensure every part of Oyo state becomes developed.

According to him, the people of Oyo should expect the dividends of democracy through sustainable growth in the economy.

“We have sworn that we will be good to everyone in our state. Every part of  Oyo should be expecting development. No area will be left out”, he  pledged.

Speaking further, the Deputy Governor also said like the governor, Oyo State in general is his constituency, though he is from Igboho in Oke-Ogun, he is committed to every other zones in the state without any form of favoritism.

The Special Guest at the occasion, Mr Ademola Ajibola who represented the Executive Governor of the State, commended the organizers of the event. He assured all and sundry of development that will cut across the entire State.

While commending the Igboho Unity Forum for organizing the reception for him and other elected members from Igboho ,the Deputy Governor noted that the event is a honor well deserved to the immediate past elected members who had successfully served  the people and a challenge to us the new ones. Stressing that  this will encouraged us to further strive to meet the people’s expectations.

Chairman, Unity Group Igboho, Otunba Olawuwo Oni, congratulated past office holders for their achievements and incumbents for their success in the keenly contested recent elections.

He described the past  politicians as impeccable people who served with great enthusiasm and performed beyond expectations.

Oni commended Unity group Igboho as a leader in the crusade of giving recognition to people who are leaders in various human endeavors.

Chairman of the Occasion, Commodore Moshood Babatunde rtd, described political offices as a call to responsibility urging incumbents to get closer to the grassroots where they can feel the pulse of the people. 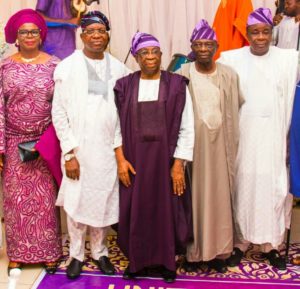 He pleaded with incumbents not to disappoint the people saying they should see themselves as one with the objective of bringing growth to the state.

“People voted for you because they believe you have value to offer and you will protect their interests. You must not disappoint our people,” he admonished.

In their separate remarks,  the Onibode of Igboho, His Royal Majesty, Oba Abdul Rasheed Jayeola Anikulapo and Onigboho of Igboho land, Oba John Oyetola enjoined the politicians not to be far from the electorate adding that they should fulfill their campaign promises. Also in attendance are The Alepata of Igboho HRM Oba Joel Olawuwo; The Iba of Kisi HRM Oba Aweda Lawal and other Chiefs.